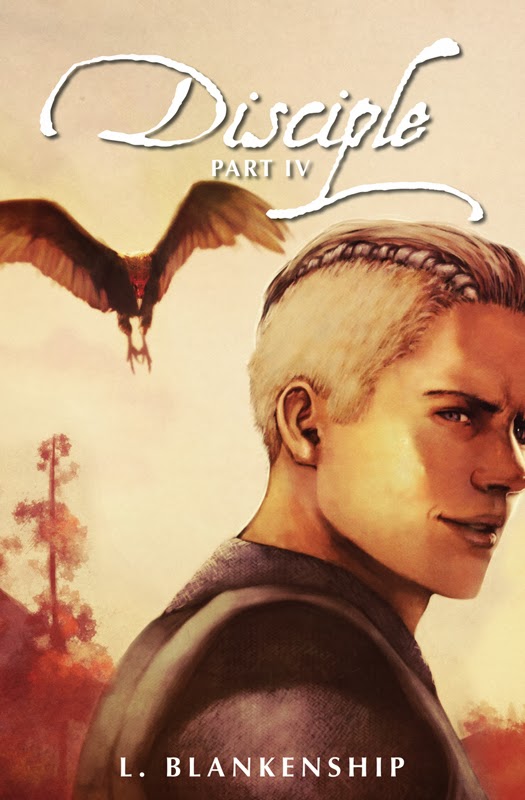 I’m excited to be a part of the book tour for L. Blankenship’s Disciple Part IV!

Kate can’t avoid the simple truth any longer; as much as she loves Kiefan, he’s now the king and his duties leave him precious little time for her and their newborn son. Kate’s husband Anders, the ne’er-do-well knight, is the one who kisses her cheek every morning and soothes the baby to sleep on his shoulder.

Kiefan’s protective jealousy still casts a shadow over her life. He would gladly throw Anders to the wolves if it will keep alliance negotiations from collapsing. Their homeland desperately needs these allies against the invading Empire. The kingdom barely survived the first wave of the enemy’s monstrous army and more is to come.

But Kate can’t stand by and let Anders become a victim — or let Kiefan suspect she’s falling in love with her husband.

On sale now at Amazon, B&N and  more retailers.

The Half-Omnibus collects the first three parts into one meaty ebook:  Amazon, B&N and other retailers.

Or try Disciple, Part I for only 99 cents: Amazon, B&N, and other retailers.

When she discovered she was pregnant with Prince Kiefan’s child, Kate had to marry. Her friend Anders volunteered, claiming it would be strictly a marriage of convenience. Over the last several months, Kate has come to question both his feelings and her own — and worries what protective, jealous Kiefan would do…

Rafe burbled against my shoulder. I tossed a quartered log down by the hearth and lifted my son in both hands. “Good-morn, sweetling. Your fourth Saint-day now — what shall we do this time? We’ll go to the disciple’s dance at noon. You’ll get to see everyone during the meal, I’m sure. You were everyone’s favorite last week. But what to do this morning?”

He turned his head, and it lolled to one side. Anders leaned in to kiss his chubby cheek, and Rafe’s mouth gaped open. Meaning to smile, I was sure.

“He loves the horses.” I settled him back on my shoulder. “He always kicked when I was riding.”

I looked up; Anders’ flaxen crest hung to one side, loose, and a smile tucked up the corner of his mouth. His hand touched my arm and he leaned closer to kiss my cheek. I turned against his scratchy stubble to kiss him back and slipped one arm around him. A squeeze, warm and close, smelling of horses.

Love him while he’s here. My throat tightened, of a sudden. Anders’ arm loosened, but I kept my grip on him. He hugged me again, easily persuaded, and nuzzled against my temple in place of a question.

So easy to kiss him, if I dared, to be the wife he should have. I wanted to, Mother have mercy. If only Kiefan had seen something in the duchesses. If only he’d sounded more glad to try —

Anders’ mouth touched mine, gently tipping my face up. My breath caught, my heart skipped a beat in fear. I pulled back, my arm around him stiffening to an arm’s length. He went still, tracking me with the calm, unruffled gaze he used on skittish fillies.

“I’ll not put you in danger,” I said. Until I knew Kiefan could be content in a marriage.

Anders’ gentleness shifted to resolve. “I’m not afraid of him.”

I heard a door open; Will was awake. “Let him find a bride,” I got out before Will shuffled into the kitchen. He tossed out muttered greetings, rubbing his eyes.

Anders shot me a measuring glance before he cuffed his brother and started up the talk of horses. It would have to do until we had another chance to talk. Rafe gurgled against my shoulder, fussed a little. “We’ll watch the horses this morning,” I told him. 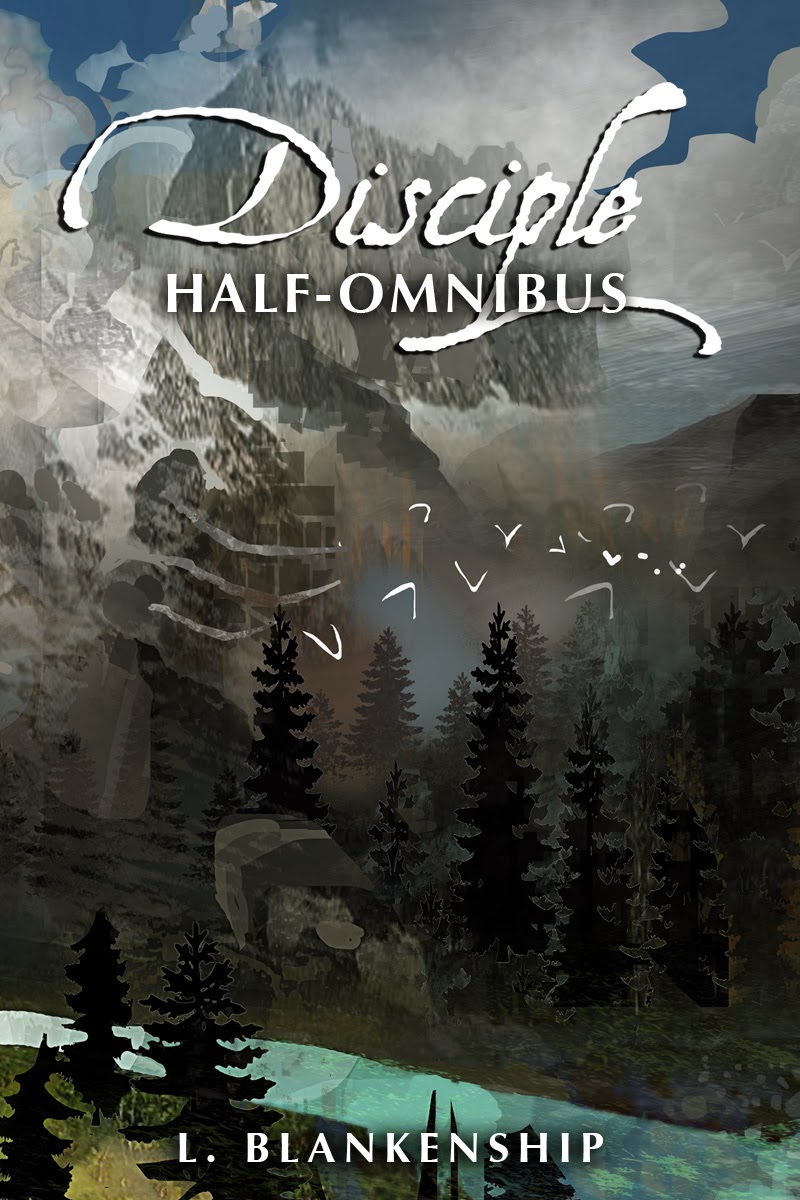 The Half-Omnibus collects the first three parts into one meaty ebook:  Amazon, B&N and other retailers.

Or try Disciple, Part I for only 99 cents: Amazon, B&N, and other retailers.