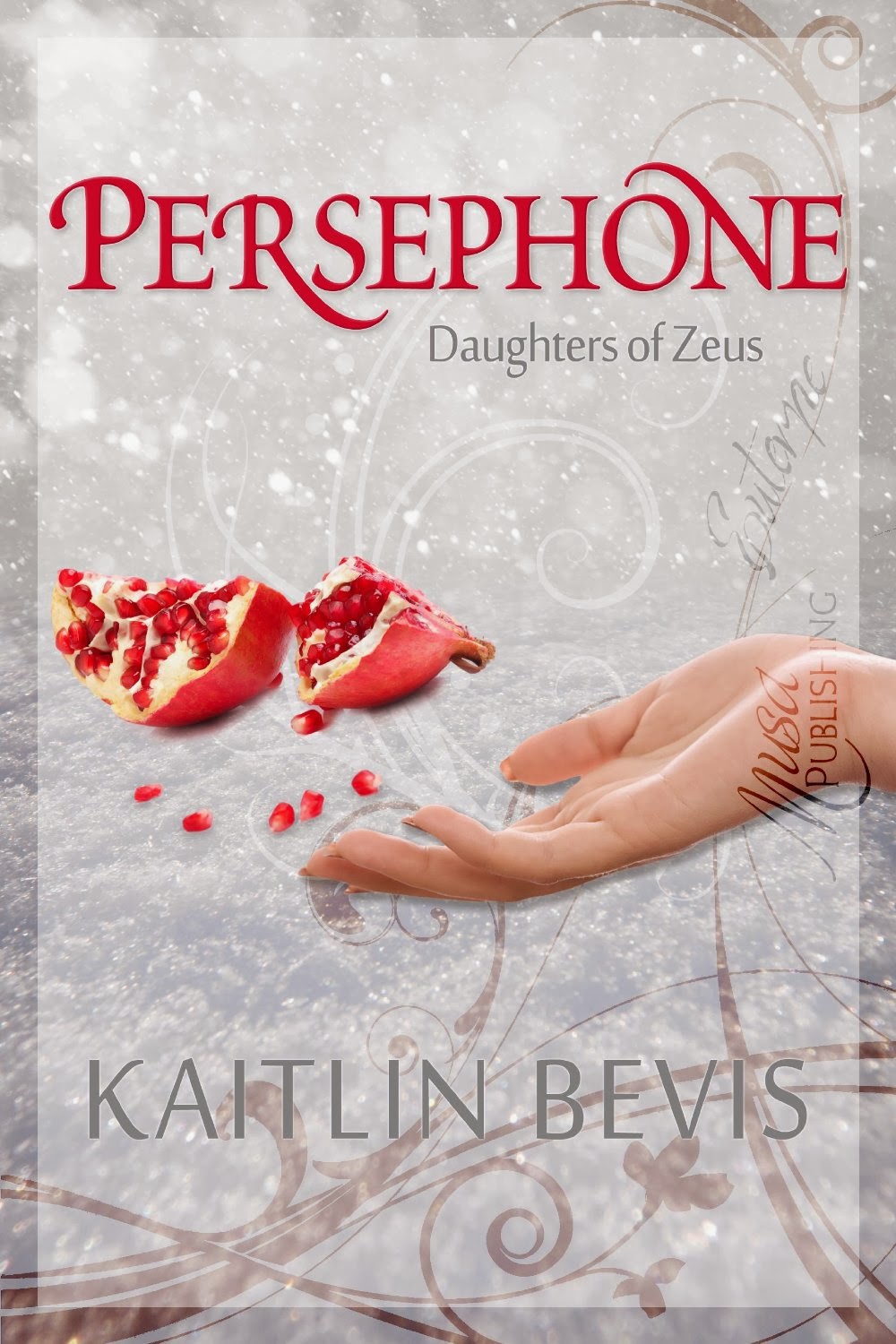 There are worse things than death, worse people too.

The “talk” was bad enough, but how many teens get told that they’re a goddess? When her mom tells her, Persephone is sure her mother has lost her mind. It isn’t until Boreas, the god of winter, tries to abduct her that she realizes her mother was telling the truth. Hades rescues her, and in order to safely bring Persephone to the Underworld he marks her as his bride. But Boreas will stop at nothing to get Persephone. Despite her growing feelings for Hades, Persephone wants to return to the living realm. Persephone must find a way to defeat Boreas and reclaim her life.

The branch crashed in front of me, scraping my legs. I ran for the parking lot as fast as I could. The frost closed in, surrounding me. I’d never been claustrophobic, but as the frost cut off my escape path with a solid white wall, I panicked.

Fog rolled in, like cold death, cutting off my view of the park. It curled around me, brushing against my face, arms, and legs. I turned back to the tree and ran faster, my dress tangling between my legs as the fog and icy wind blew against my skin.

The parking lot is the other way! my mind screamed. The other way was cut off by a mountain of ice. I felt as if I was being herded. By ice?

I slipped on the icy ground, falling face first into the frost. Ice crept up my toes and along my legs. I thrashed and screamed. I felt the fog becoming a solid mass above me, pinning me to the ground. The ice piled around me. Am I going to be buried alive?

I dug my nails into the frigid snow in front of me and tried to claw my way out of the frosted death trap. I was so panicked I didn’t feel it when my nails broke against the impenetrable wall of ice, leaving red crescents of blood welling up on sensitive skin. An hysterical sob worked its way out of my throat as I gouged red lines into the ice. The ice was above my knees, snaking its way up my thighs. I shivered.

Shivering’s good, I reminded myself. It means your body hasn’t given up…yet. The cold was painful, like a thousand little knives pricking my skin. A violent tremor went up my spine, sending waves of pain through me.

“Help me!” I screamed, knowing it was futile. I was going to die here.

Except I couldn’t die. Could I? Mom said I was immortal, but was that all-inclusive? Did I have a weakness? Was snow my Kryptonite? If I got hurt, would I heal or would I be trapped in an injured body in pain forever?

I suddenly didn’t know if immortality was a good thing or a bad thing. The cold hurt. I was kicking, screaming, and clawing my way out of the frost, but for every inch I gained a mountain piled around me. I thought I heard a man’s laughter on the wind, the sound somehow colder than the ice freezing me into place.

The ground before my outstretched hand trembled. The shaking increased. The earth lurched beneath me. The surface cracked and the sound was so loud that for a moment all I could hear was high-pitched ringing in my ears. The ground split into an impossibly deep crevice. My voice went hoarse from screaming as I peered into the endless abyss, trapped and unable to move away from the vertigo-inducing edge.