The Blemished by Sarah Dalton 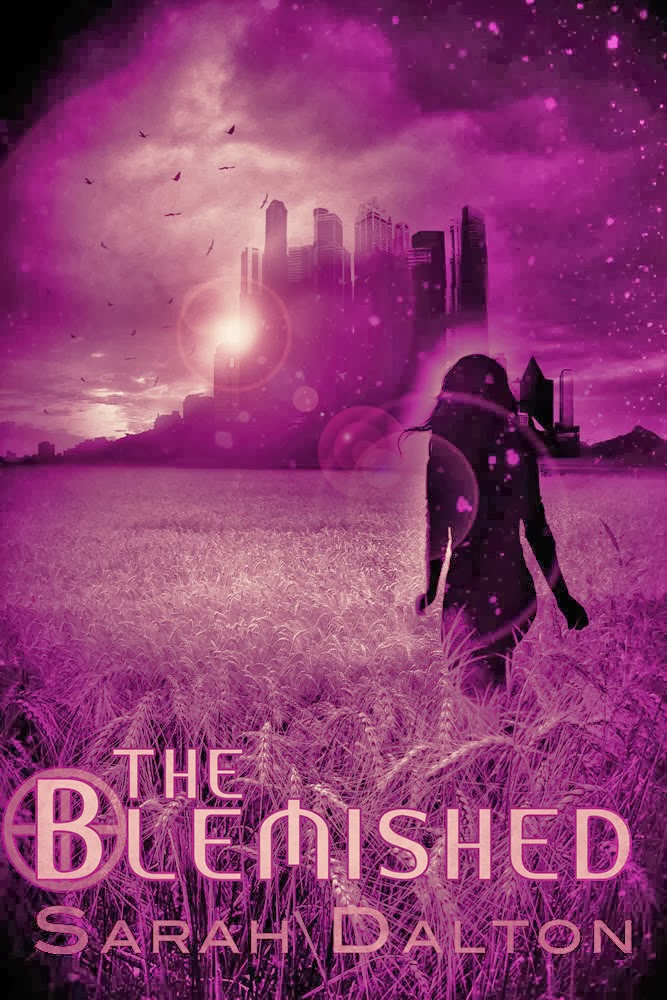 “It all comes down to one simple fact – the Children of the GEM are perfect. We are the ugly and imperfect. We are the Blemished.” In a world filled with stunning clones Mina Hart is Blemished. Her genes are worthless and that takes away her rights: her right to an Education, her right to a normal life and her right to have a child. Mina keeps a dangerous secret which she never thought she could share until she meets Angela on her first day at St Jude’s School. But their friendship is soon complicated by Angela’s adoptive brother Daniel. Mina finds herself drawn to his mysterious powers and impulsive nature. Then there is the gorgeous clone Sebastian who Mina is forbidden from even speaking to… The Blemished is a frightening take on a fractured future where the Genetic Enhancement Ministry have taken control of Britain. It will take you on a ride filled with adventure, romance and rebellion. A beautiful world comes at a price…

Download The Blemished on Amazon, Amazon UK and Smashwords.

I entered the classroom. It felt wrong. The chairs were arranged differently – pushed together into a circle. The rest of the Blemished girls stood around unsure of where to sit and why the strange arrangement. In the centre of the circle was a single chair as though one of us would be the focus.

“Everyone take a seat except Miss Hart.” Mrs Murgatroyd’s voice made me jump. There was a hard edge to it, even colder than usual. I shivered. “Miss Hart, I believe there is a place for you in the middle of the circle.”

With shaking legs I stepped through a gap between two chairs and made my way to the centre. I turned and eyed each of my classmates in desperation while Mrs Murgatroyd looked down at me with a strangely tense smirk on her face. It was as though she was mentally battling with an inner conflict. It made her look frightened and cruel in equal measure. With my chest feeling tight and my breathing coming out in rasps I took my seat in the circle. Out of the corner of my eye I saw Angela’s concerned face.

“For today’s lesson I needed an example, which is why you see Miss Hart at the centre,” said Mrs Murgatroyd as she slowly walked around the outside of the circle. “Today’s lesson is about boys. You see, there are some among you who seem to have had some experience in this area. Isn’t that right, Miss Hart?”

I tried to rein in my emotions, to concentrate and be in control. I couldn’t use my gift in front of all these people. It would be too obvious. I glanced down at my hands hoping that she wasn’t going to beat me in front of the class. Out of the corner of my eye I saw Billie shaking her head and remembered what she had said in the garden.

“Tell the class how a good Blemished girl should behave around members of the opposite sex,” Mrs Murgatroyd instructed.

“Not to look at them directly. Modestly,” Angela recited.

“That’s correct.” Mrs Murgatroyd never stopped her laps of the chairs with slow paces and her hands folded behind her back, the picture of control. “And why is that?”

“Um, we don’t want to give them the wrong idea,” Angela replied quietly.

“That’s correct,” said Mrs Murgatroyd. “You are not here to mate. Your genes have been proven unworthy. You are here as servants to the GEMs, which is your rightful place. And if you are lucky and behave appropriately for a Blemished then you may even get a job. Now Angela, could you tell me one more thing? How should a Blemished girl behave in the company of a male GEM?”

“W… we shouldn’t talk to them. Or look at them. Unless we are spoken to,” she answered quietly.

“Excellent,” Mrs Murgatroyd said. “Now, class. I would like you to answer together. Should you talk to a GEM boy?”

“No,” said the class in unison.

“Should you reveal your hair to a GEM boy?”

I didn’t join in the chant. At this point the tears began to roll slowly down my cheeks and my lips trembled so badly I couldn’t open them.

“Should you let a GEM boy touch you?”

“And how about you, Miss Hart? Should you let any of these things happen?” Mrs Murgatroyd moved into the centre of the circle and bent low to speak to me. I felt her hot breath on my cheek.

I shook my head feebly in answer.

“Yet you did. Didn’t you?” She yanked at my headscarf and began to unwrap my hair. Her pointed nails scraped on the back of my neck and her rough fingers pulled my head back and forth. “Do you think you are better than everyone else in this room?”

“No,” I said hoarsely. I could barely see through my tears now. I shut my eyes against the stares of my peers.

“Then why do you act like it?” she said cruelly. She grabbed my hair and pulled my head back. “You bring everything on yourself, Miss Hart. When will you learn your place?”

On the last word she yanked my head back even further and pulled a pair of scissors out of her jacket pocket. The rest of the class gasped. I stared at them – wide-eyed. For a horrible moment I thought she might stab me, but then she did something almost as awful. With a ghastly smile on her face Mrs Murgatroyd cut chunks out of my hair; big, uneven, ugly chunks. I watched in horror as the long strands fell to the floor.