The Gatekeeper’s Sons by Eva Pohler 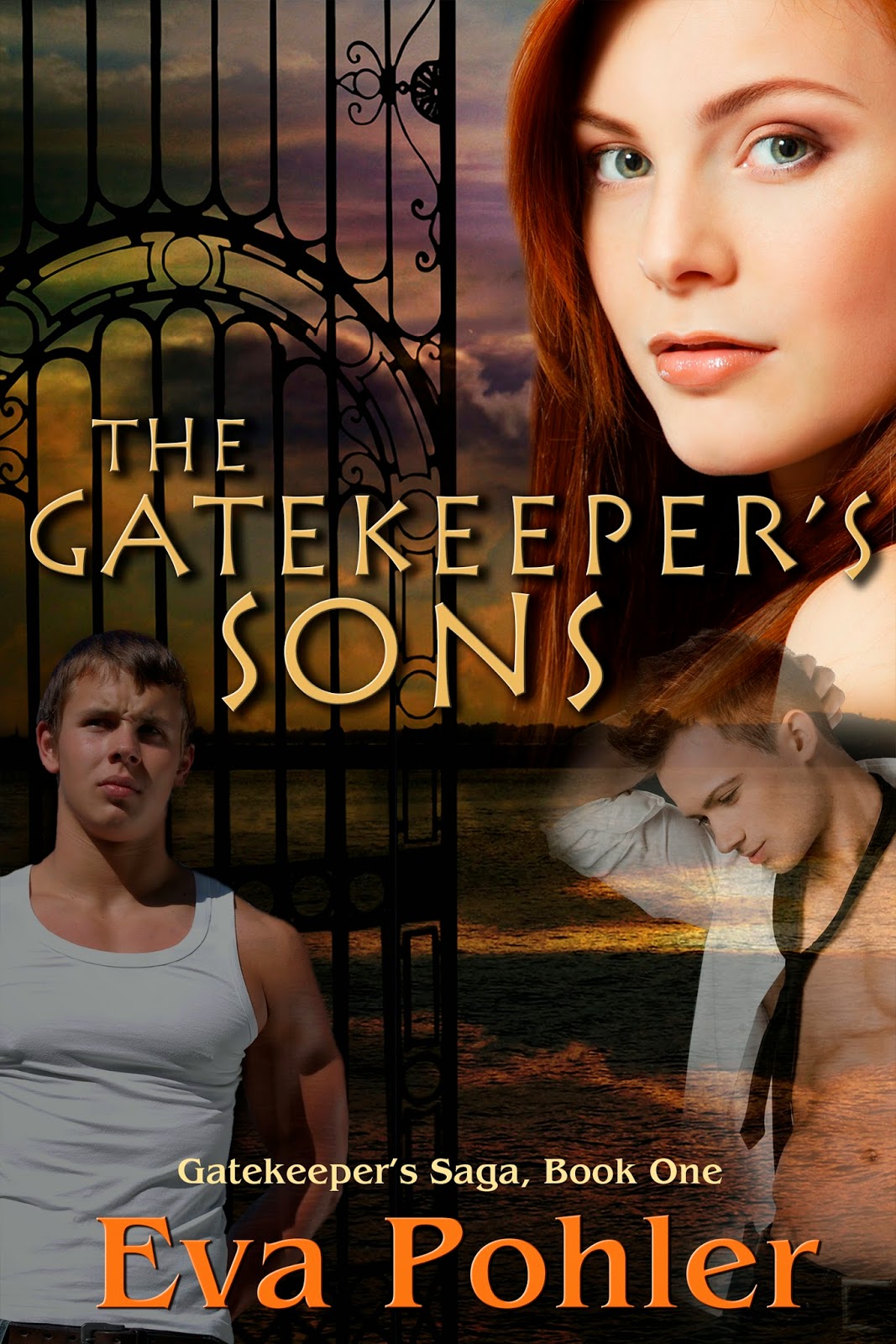 In this first book of The Gatekeeper’s Saga, fifteen-year-old Therese watches her parents die. While in a coma, she meets the twin sons of Hades—Hypnos, the god of sleep, and Thanatos, the god of death. She thinks she’s manipulating a dream, not kissing the god of death and totally rocking his world. Unused to attention from anyone—god or mortal—Thanatos makes a deal with Hades and goes as a mortal to the Upperworld to try and win Therese’s heart, but not all the gods are happy. Some give Therese gifts. Others try to kill her.

The deal requires Therese to avenge the death of her parents. With the help of Thanatos’s fierce and exotic sisters, the Furies, she finds herself in an arena face to face with the murderer, and only one will survive.

Download The Gatekeeper’s Sons  for free on Amazon, Barnes and Noble, Sony, Kobo and Smashwords.

Whether McAdams injured himself in one of her traps or in some other way, he was nevertheless injured, and this added to Therese’s overall optimism as she scrambled beneath the cliff edge with her arms full of rocks the size of softballs. The noise of the falls thundered as she neared them and the spray hit her bare skin and chilled her, a relief after the sweat she had worked up from building her traps in Demeter’s woods.

“How long till nightfall?” she asked Than in her mind. It seemed like hours had passed, and yet the sun still bore down on them high in the sky. “Wait a minute. We never left Olympus, did we? The sun always shines, right?”

If Than answered her, she could no longer hear him this close to the crashing falls. She hadn’t thought of that! How would she make it without him?

Unlike Than and the other gods, she had no powers of telepathy and could not be sure if voices in her head were inspirations or delusions. She almost turned back. In fact, she changed her mind five or six times and nearly wore herself out beneath the cliff edge with indecision. At last she decided it was her best chance of survival to go on with her plan. “I can’t hear you anymore,” she prayed. “But I’ve decided to go on anyway.”

She reached the falls and found a hidden grotto behind the roaring water, but if McAdams came this way to her decoy camp, she would have no advantage for attack. Although there were many little nooks and crevices back here that she could climb onto, she would be open, visible, and vulnerable to his retaliation. She dropped her rocks in a heap, set down her fruit, and looked around.

At the furthest lip of the grotto on the outer edge of the falls, she found a nook way up high that just might work. If McAdams came through the grotto, she would see him, and she would be above him, with gravity on her side. She would also be hidden until he reached the point where she stood now. It also seemed, from down here, anyway, that she might have a view of the deeper canyon in case he came that route. The trick would be hauling the rocks and fruit up the steep wall nearly twenty feet to the nook. First she would try it empty-handed to see if it was possible.

Now that she couldn’t hear Than, she felt really anxious that McAdams could be coming around the corner for her at any moment, and this anxiety caused her to tremble more profoundly than she had before. The trembling made climbing up the nearly vertical wall very difficult. She used her fingers to find places in the wall to grip, and she fished around with her feet for footholds to support her weight. One false step meant falling to her death at the bottom of the canyon.

Dirt from the canyon wall got into her mouth and crunched in her teeth when she clenched them. She ran her tongue around her teeth, trying to wash it out, and she spit and gagged. She reached for another rock, keeping her mouth closed this time, breathing through her nose. A fingernail broke at the tip as she clung to another ledge, but that was the least of her worries.

Thankfully, there were plenty of strong footholds within reach of one another. When she made it to the nook, she found it was actually a cave that tunneled back into darkness. While she was glad to have all this room to store her things and move around, the unknown darkness added to her anxiety. Stop it, Therese! McAdams was the only threat worth fearing right now, she reminded herself. She walked over to the furthest edge and saw that she could indeed see most of the lower canyon from here. This just might work. There were even a few loose boulders she could move, though barely and straining with all her might. Maybe if she scooted them to the edge and found something to give her leverage, she could launch them from the nook. She needed a branch or heavy stick, but there were none around. Would her sword work, or would the rock break it? She unsheathed the sword and tested it, gently at first. The blade gave. It was too flexible. She’d have to find something else. She returned the sword to its sheath.

The sheath! It was light, but it was solid and firm. She unbelted it from her waist and tested it out. It would work! This could be her saving grace! She looked around for other such boulders and found four more loose enough and light enough for her to drag to the edge of her cave.

She re-belted her sword and sheath and climbed back down, quickly but carefully, to carry up her bundle of fruit between her teeth. Then she took the empty shirt back down and filled it with six of the softball-sized rocks. Any more than that might throw off her balance too much or be too heavy and slip between her teeth. She’d have to make a third trip down for the remaining six. She hesitated. If McAdams spotted her, she’d lose the element of surprise. Was it worth getting the remaining rocks? She decided to go for it.