Arrow of the Mist by Christina Mercer 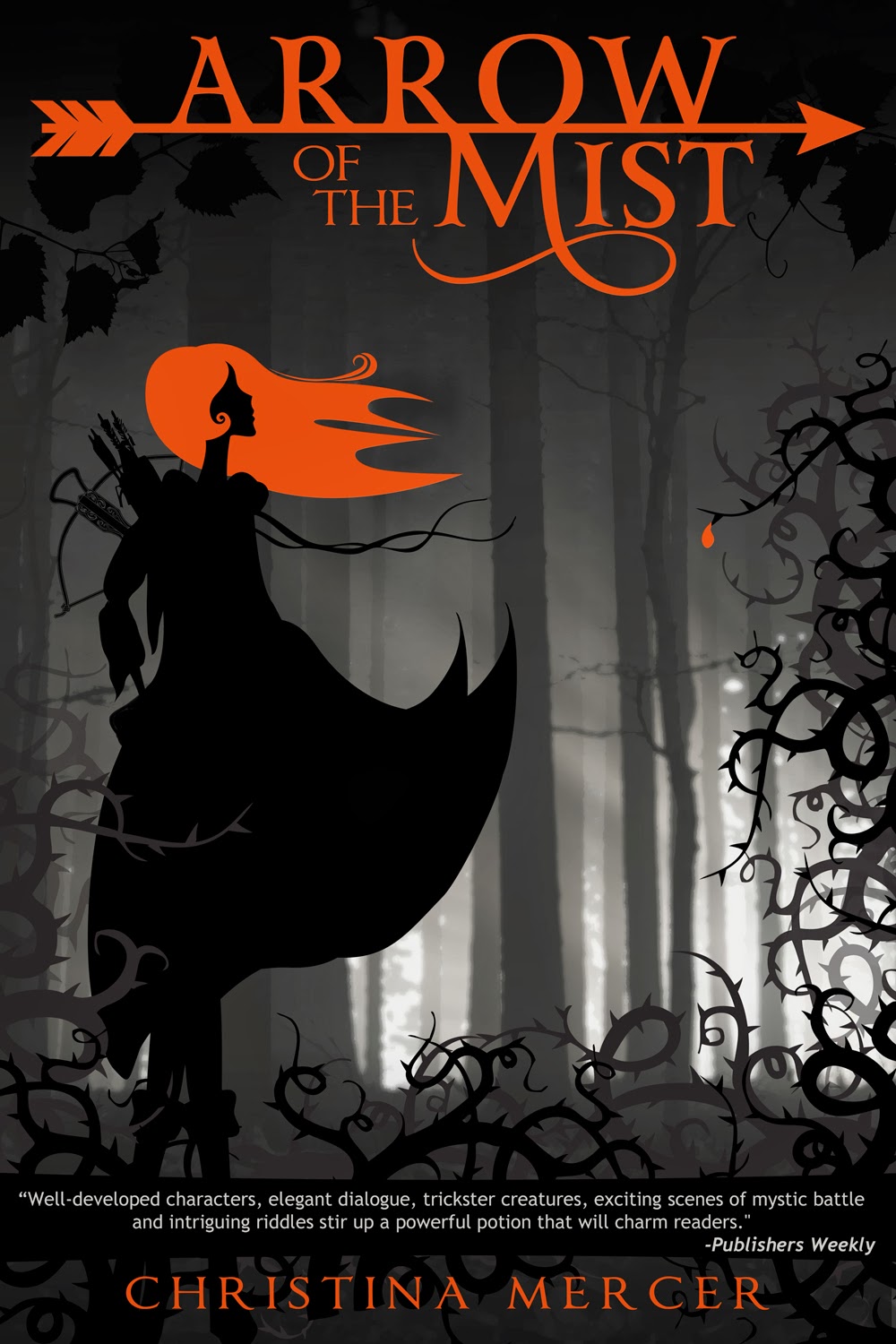 Terror strikes the Celtic inspired kingdom of Nemetona when barbed roots breach the veil of a forbidden land and poison woodsmen, including 15-year-old Lia’s beloved father. Lia and three others embark on a quest to the forbidden land of Brume to gather ingredients for the cure. But after her elder kinsman is attacked and poisoned, she and her cousin, Wynn, are forced to finish the quest on their own.

Lia relies on her powerful herbal wisdom and the memorized pages of her late grandmother’s Grimoire for guidance through a land of soul-hungry shades, fabled creatures, and uncovered truths about the origin of Brume and her family’s unexpected ties to it. The deeper they trek into the land, the stronger Lia’s untapped gift as a tree mage unfolds. When she discovers the enchanted root’s maker, it forces her to question everything about who she is and what is her destiny. Ultimately, she must make a terrible choice: keep fighting to save her father and the people of the lands or join with the power behind the deadly roots to help nature start anew.

Download Arrow of the Mist on Amazon, Barnes and Nobel, Kobo, iTunes or Smashwords. For a limited time all ebook formats are only 99 cents!

Nettles stung Lia’s flesh. She pressed her fingers against her mouth for relief. This is what I get for letting my thoughts wander. Grandma wouldn’t have been so careless while harvesting sting-leaf. She wouldn’t have let the villagers’ opinions prick at her mind, no matter how many called her mad for crafting remedies in the old ways.

Koun whined and nudged Lia’s arm with his nose.

“I’m all right, boy.” Lia gazed into her hound’s violet eyes and then turned her attention to the friendlier mallow plant. Its white flowers matched Koun’s coat and its leaves and roots promised a soothing balm for the nettle’s bite. She’d make another batch of salve for Da, too. He swore her “potions” kept his hands fit enough for hewing wood and soft enough for holding Ma. Her ma could use a bit more mallow infusion for her soaps, as well, and she’d take a bundle of clippings to Granda—

Her thoughts scattered as Koun shot from the garden. Lia whirled around to the pair of horses charging up the path. She squinted in the dusky light and recognized Da’s friend, Kenneth, on one of the horses. Then her insides went cold. Across the other horse’s back lay Da’s limp body.

She dropped the harvested mallow and sped from her garden toward them. Ma’s scream shot like a bolt through her, but Kenneth’s words, “He’s alive,” offered Lia a morsel of hope.

Kenneth carried Da into the cottage, and Lia caught a glimpse of her father’s torn and bloodied clothing. “I’ll fetch Granda,” she cried, and hurried to her filly.

Clad in her usual boy’s breeches and high leather boots, Lia raced her horse down the path with her heart pounding in rhythm to the hoof beats.

Download Arrow of the Mist on Amazon, Barnes and Nobel, Kobo, iTunes or Smashwords.