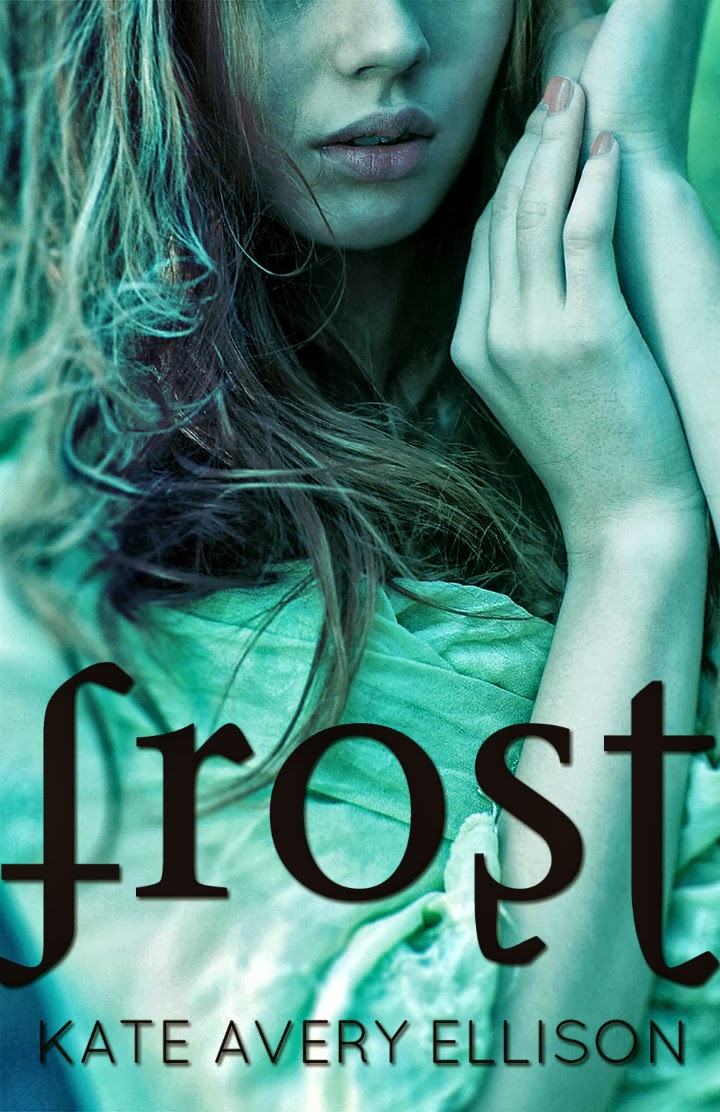 In the icy, monster-plagued world of the Frost, one wrong move and a person could end up dead—and Lia Weaver knows this better than anyone. After monsters kill her parents, she must keep the family farm running despite the freezing cold and threat of monster attacks or risk losing her siblings to reassignment by the village Elders. With dangers on all sides and failure just one wrong step away, she can’t afford to let her emotions lead her astray. So when her sister finds a fugitive bleeding to death in the forest—a young stranger named Gabe—Lia surprises herself and does the unthinkable.

She saves his life.

Giving shelter to the fugitive could get her in trouble. The Elders have always described the advanced society of people beyond the Frost, the “Farthers,” as ruthless and cruel. But Lia is startled to find that Gabe is empathetic and intelligent…and handsome. She might even be falling in love with him.

But time is running out. The monsters from the forest circle the farm at night. The village leader is starting to ask questions. Farther soldiers are searching for Gabe. Lia must locate a secret organization called the Thorns to help Gabe escape to safety, but every move she makes puts her in more danger.

Download Frost on Amazon, Barnes and Noble or Smashwords.

His eyes were closed and his face was pale. He was not dead, though—I saw the shallow rise and fall of his chest beneath his strange shirt and coat. Something in me loosened at the confirmation of his survival, like I’d been holding my breath.

Ivy reached my side. “He was moaning,” she said. At her words, he made a sound of pure agony that made my heart ache even if he was a dangerous Farther.

“He is probably full of infection.” I needed to step closer, to look him over, but I wasn’t sure if it was safe. I remembered last night and his expression when he’d woken in the barn. He had not looked grateful.

“His wound…” She pointed at the place where the blood had blackened his torn shirt and arm. “Shouldn’t we clean it again?”

I pressed my lips together. There was no way I was letting her within three feet of this Farther, not when he was awake. “Bring me some warm water and soap, and an extra shirt of Jonn’s. And some of the stew left over from last night’s supper. He’s probably hungry now.”

She hesitated, wanting to argue. The nervousness I felt rose up in me like a wave, and I snapped, “Go.”

With her gone, I could really examine him in the light of day. Last night it had been too dark to really see anything. His groaning was loud now, almost a keening. I’d heard the sound of my grandfather dying from stomach-sick years ago, and it was much like this. I crept closer, my midsection churning.

He was barely visible under the straw that covered him. His eyelids cracked open when I approached, and he rustled beneath his blanket of hay. I faced him without smiling or cowering. I wanted him to know that I was not afraid of him. Or at least, I wanted him to think that I wasn’t.

“You,” he whispered. His breath hissed between his teeth as the pain seized him again, and he shuddered. “You are one of those Snow People, the ones who live in the Frost.”

He was young, I supposed, probably not much older than me. But his voice had a strength in it that made him sound older than that. His hair was thick and dark, like every Farther I’d ever seen, and his skin was tanned darker than my pale Frost complexion. He had a thin, sharp face and lashes as long as a girl’s. They fluttered as he squinted at me.

“Yes,” I said, because the term Snow People was accurate enough when describing my village, although that was not what we called ourselves.

He took in my expression, and his eyes narrowed. “What are you going to do to me? Let me die? Or give me back?”

“Give you back?” I asked. What was he babbling about?

He sighed, and I realized that he had passed out again. His face turned the color of gravel and perspiration dotted his forehead.

I moved closer. My skin tingled at my nearness to him. There had been malevolence in his eyes—what if he sprang forward and grabbed me? What if he tried to hurt me? But he was unconscious and sick, and as my fears lessened, I grew bolder and leaned in to study his wound.

The blood had dried, leaving a sticky river of brownish-black down his shoulder and arm. The strange clothing on his back hung in tatters, exposing the torn flesh, and bits of rock and straw studded the wound. I could see from the severity of it that he would be dead before long.

The skin around his wound was swollen. I probed it gently.

He jerked awake at my touch, and his eyes flew open as he cried out. I staggered back, startled. Our eyes met.

Sweat ran down his forehead and dripped onto his nose. His eyes were wild with pain and terror. “Please,” he whispered, and for a moment he looked pitiful instead of defiant and dangerous.

I didn’t know what he wanted.

Find more from Kate on her blog, Twitter and Goodreads.