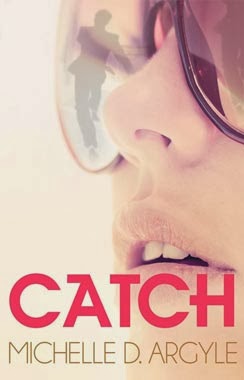 When eighteen-year-old Miranda chases a purse snatcher on the Las Vegas Strip, the last thing she expects is for the pursuit to turn into an extended game of hide-and-seek. All Miranda wants are the old black and white photographs buried at the bottom of her purse. They’re the only things she has left of the grandmother she never knew. But how much is she willing to put on the line to save them? And is it possible she’s falling in love with a thief?

Miranda spent the rest of the day with her stomach in knots. Everywhere she walked, she kept darting her eyes all around. There was no way Ollie could find her with no clues. He didn’t even know she would be on the Strip today. A part of her wanted to know how good he really was at this hide-and-seek game. Would he find her inside M&M’s World? The arcade? One of the dozens of shops their mother was dragging them into? Needless to say, Miranda was not in the mood to shop. After lunch, they wandered into a shopping area at The Venetian, and she fought the urge to whine. She was eighteen. She could humor her mother for a few more hours.

They took the escalators to the second floor. There were shops everywhere, all made to look like they were in Venice, and a ceiling painted and lit to look like a soft summer sky dotted with clouds. The smell of food and cigarettes drifted through the air. As she had done all day, Miranda looked around for Ollie, but she knew there was no way she was going to find him—especially if she was with her family.

“I think I’ll sit this one out,” she said as they neared the ticket booth in the main part of the center.

Gabriela looked over at the canal where they started the boat rides. A few gondolas floated by, filled with people who looked a little bored. “You sure?” she asked Miranda. “This looks kind of fun.”

Miranda waved her hand. “Give me the camera and I’ll take your picture so you don’t have to buy one of those overpriced ones they take.”
“Oh, good idea.” Gabriela handed over the new camera she had purchased that morning—a simple point-and-shoot instead of something fancy.

Miranda could tell Julia was having second thoughts about the ride, and gave her an evil glare she hoped would be interpreted as “Just let me be alone for a few freaking minutes.” Julia seemed to take the hint, and they went over to the ticket booth as Miranda started walking around to find a good spot for pictures. She crossed a bridge over the canal and walked around until she was on a little overpass overlooking the loading area for the rides.

Finally. Alone. She snapped a few pictures of them waiting in line then pulled out her phone. There was a new message she had missed. Her heart started to beat faster. It was Ollie.

Any hints for me today? It’s only fair since I gave you one yesterday. I don’t even know if you’re inside a building. Or on the Strip. Or what!

Was that too vague? She suspected if he knew Las Vegas as well as she guessed he did, he would know where she was right away. She was obviously a tourist, and he’d jump to the first touristy thing in Las Vegas that had to do with a canal.

Luckily, the line was pretty long, and the rides lasted about fifteen minutes apiece. That gave her maybe half an hour depending on how long that line lasted. She typed another message.

You’d better hurry because I won’t be alone much longer.

He didn’t answer, and as the minutes ticked by, she grew more and more impatient. Las Vegas was big. Maybe he was so far away it would take him hours to reach her. Finally, after about twenty minutes, her mom and sister boarded a boat with a few other people. She snapped as many pictures as she could, and they were soon gone down the canal and out of sight.

Well, it was now or never. Turning in circles, she desperately hoped he was somewhere. She’d settle for five minutes with him. One minute. Anything.

There were people everywhere. Constant chatter and occasional laughter reverberated all around her. She took her hands off the railing in front of her, remembering that thousands of people had touched it before her. Sometimes she hated public places more than anything else. She couldn’t think too much about it.

She spun around and there he was, standing right in front of her. He was in a suit again, like yesterday, but today his sneakers were black instead of white. Still, they were sneakers. Surprisingly, though, they looked great with the outfit. Relaxed and comfortable. When she looked into his eyes, she swallowed a lump in her throat and took a few steps back. He had light-colored eyes, but it was difficult to tell what color they really were under the artificial lighting. A little blue and a little gray, maybe some green. There was a faint hint of scruff on his jaw, barely noticeable. He really was as good-looking as she remembered. His nose was big, but the longer she looked at him the more it suited him. She tamped down her rising emotions, remembering all the pain other good-looking guys had brought her.

“You found me,” was all she could manage to force out of her mouth.

His lips curled into a smile. He kept his eyes on hers. “That was the easiest hint ever. Probably as easy as my Olives hint.”

Just like we’re finding excuses to meet, she thought to herself. Her mouth was getting drier by the second.

“So?” she said, gaining a little courage. “Where’s my prize?”

She looked at his tie. It was a pretty yellow color checkered with thin brown lines. It reminded her of sunflowers. “I thought the whole point of this was to get my stuff back,” she said boldly, and held out an open hand, waiting.

His smile stayed put as he reached into his back pocket and pulled out her small wallet. He placed it gently into her hand, and she tried not to think too much about how warm his skin was as it slid against hers. She noticed some thick, raised scars along his knuckles.

“Thought that was pretty valuable,” he said. “You might want it back.”

She opened it up. The money was still there. Her debit card, her and Julia’s monorail passes, her driver’s license. He hadn’t taken a thing. She looked up. “I don’t understand. I really just don’t get any of this.”

“Isn’t it obvious?” he asked, stepping closer. His feet were close to hers now, and she fought the urge to step back once more. “I like to play games, and you’re fun to play them with.”

“Is that why you stole my purse? To play a game?”

His smile fell and he shook his head. “No, that’s not why I took your purse. That had nothing to do with who you are, but this … whatever it is we’re doing … it has everything to do with you.”

She didn’t know what to make of that, but his words and the sincerity and sadness in his voice made her breath catch in her throat. She looked down at the canal, expecting her family to show up at any second. She looked back at Ollie. He had his hands in his pockets now.

“You’re keeping my purse so we can keep this up, aren’t you?” she asked. “You’re going to hold on to those pictures for a long time.”

He didn’t answer. He seemed excruciatingly young at that moment.

“If you return everything to me,” she said carefully, “I promise I’ll keep talking to you.”

He let out a soft laugh. “So, you’re laying down the terms now, even though I’m the one who has what you want?”

She supposed that was true. “You don’t want anything from me, then? I guess I’ll just get over my losses and move on. Keep it all, and if you want my wallet back, here you go.” She held it out to him, surprised at her response. It seemed the only way to try to read him at the moment.

He looked down at the wallet and frowned. “I don’t want that. It’s yours.”

“So is the rest of my stuff you stole.” It was frustrating how much she was starting to like him and hate him at the same time.

“The game is still on,” he said as he watched her lower the wallet. “It’s your turn next.”

Before she could answer, he turned and walked away. “I’m only here for three more days!” she yelled out as he disappeared into the crowd.

Turning, she saw that her mother’s gondola was unloading at the dock. Perfect timing.

Your presence and your prose is always a pleasure, Michelle. 🙂