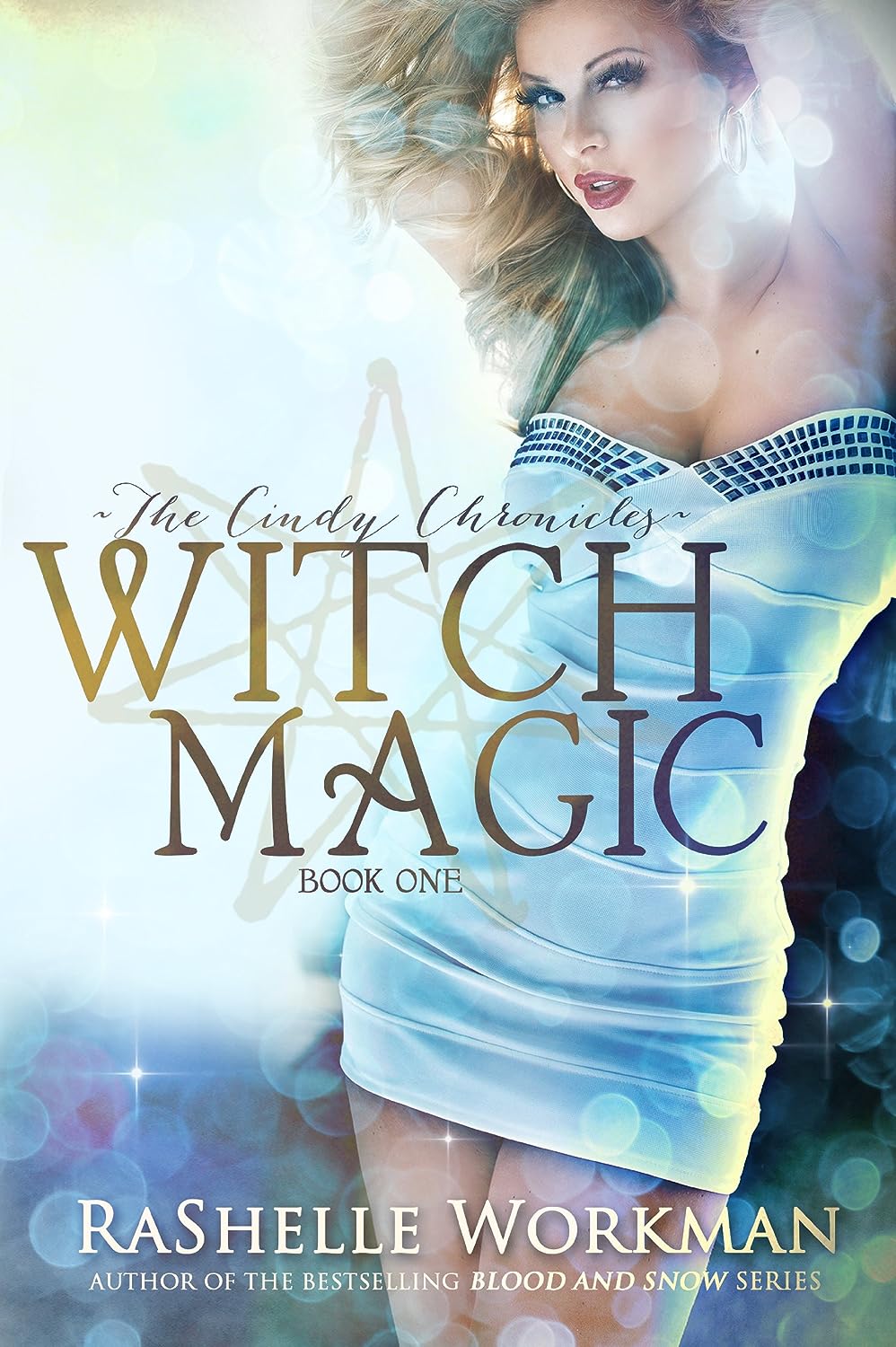 From a seemingly insignificant word comes the most magical of fairytales.

Cindy (Cinderella…shhh, don’t tell) was born a witch. It’s part of who she is. But there’s more to her than that. She loves deeply. And has a big heart. She’d do anything for those she cares about, including risk her own life to save theirs.

When her fairy godmother demands she leave Salem, Massachusetts and return to the land she was born to rule, she has two options. Tell her fairy godmother no, and seal a death sentence on complete strangers. Or, leave all she’s ever known behind, including the love of her life, for an unknown land she’s fated to save.

But Cindy is determined to change that.

If the world was created with a bang, then magic began with a whisper.

The utterance of one word.

That single declaration, articulated softly, started it all.

It’s the reason I’m bound to a stake, fire licking at the tips of my shoes.

Know this. I didn’t ask to be a witch. Up until three years ago I had no idea witches really existed. Turns out they do, and I am one. And that’s not even the weirdest part of my story.

It all began with my best friend, Snow White. A Hunter bit her a few years ago. She was transformed into a revenant and finally became a vampire—the Vampire. Those events changed the course of not only her life, but mine as well.

Before her fateful night and consequentially mine, my life consisted of hanging out, working at a local Italian restaurant, shopping, boys, and more shopping.

No more though. Not since I went to Mizu to save Snow’s mother, Ariel, and had a vision… or a dream… or whatever you want to call it. In the dream, my “Fairy Godmother” told me about Polonias, a land I knew nothing about.

Now I’m in said land, framed by the vile sorceress Mizrabel for crimes I didn’t commit. Bound by enchanted chords and condemned to a fate there’s no escaping.

“Cinderella, by issue of King Loyalor, supreme ruler over the land of Polonias, you are hereby sentenced to burn at the stake until such time as you are dead.” The bulky guard reads from an unrolled parchment, his beefy fingers gripping it steadily. He glances at me. And through the billowing smoke, I hold his gaze. He clears his throat. “Do you have anything to say for yourself?”

Only one word pops into my head. “Merde.” A curse word in French. One of my favorites. Truthfully the one I remember most often.

The man rolls his eyes along with the parchment and steps off the podium into the noisy crowd.

Some of the people are crying. Okay, one person is crying: my Fairy Godmother. Beside her, dabbing her bright lavender eyes with a hanky is my friend Violet. She’s a talking cat, specifically a talking spotted leopard. Yeah, I know. Bizarre. But it’s a fact.

Next to her are two oversized brown bunnies with white ears. Each stands two-and-a-half feet tall. They also talk and spend some of their time as one five-foot-tall woodland fairy thanks to a spell gone wrong. At the moment they’re holding each other, bawling enthusiastically.

Seeing them here, knowing they care, lifts my spirits. A little.

The one person I wish was here isn’t and it breaks my heart. His name is Leo. He’s the king’s son. I’ll admit I have feelings for him, but never to his too-perfect face.

Everyone else, including the fairies, the water sprites, and the gnomes, is screaming obscenities and throwing rotten fruit. At me. A tomato smacks me in the forehead and its juices leak into my eyes.

Not my finest hour.

At least I look gorgeous. Or I did, before the dumb guard lit the wood piled around my feet on fire with that stinking magical word. Bloomous.

My Fairy Godmother, Quilla Templeton, created a strapless blue gown. The bodice fits perfect, and the gauzy skirts float around me like cotton candy. I magicked my favorite shoes, Manolo Blahniks, to Polonias so I could wear them with the dress. They match perfectly. I look perfect. Magnificent, in fact. Ready to go to a ball fit for a princess.

At least I did. Leo was supposed to ask me something. I think I know what. Or I thought I did. Now I’m not so sure.

I never made it. And I haven’t seen Leo since yesterday.

“Ugh,” I groan, searching beyond the upset crowd to the land beyond. Smoke washes out the landscape, but not enough to hide the colorful loveliness.

I’m a little afraid. I’m not ready to die. But I don’t see a way out of my situation.

Closing my eyes, I steady myself. If this is how it must end, then I’ll go gracefully. Frightened butterflies dance in my belly. Memories—some recent and some from long ago—careen across my mind. And I wonder if I could’ve done anything differently, something to prevent my demise. But as with any horrific event, my predicament is the culmination of many choices, each one pressing me forward to this fateful moment.

Thanks for having me on your blog, Tara!