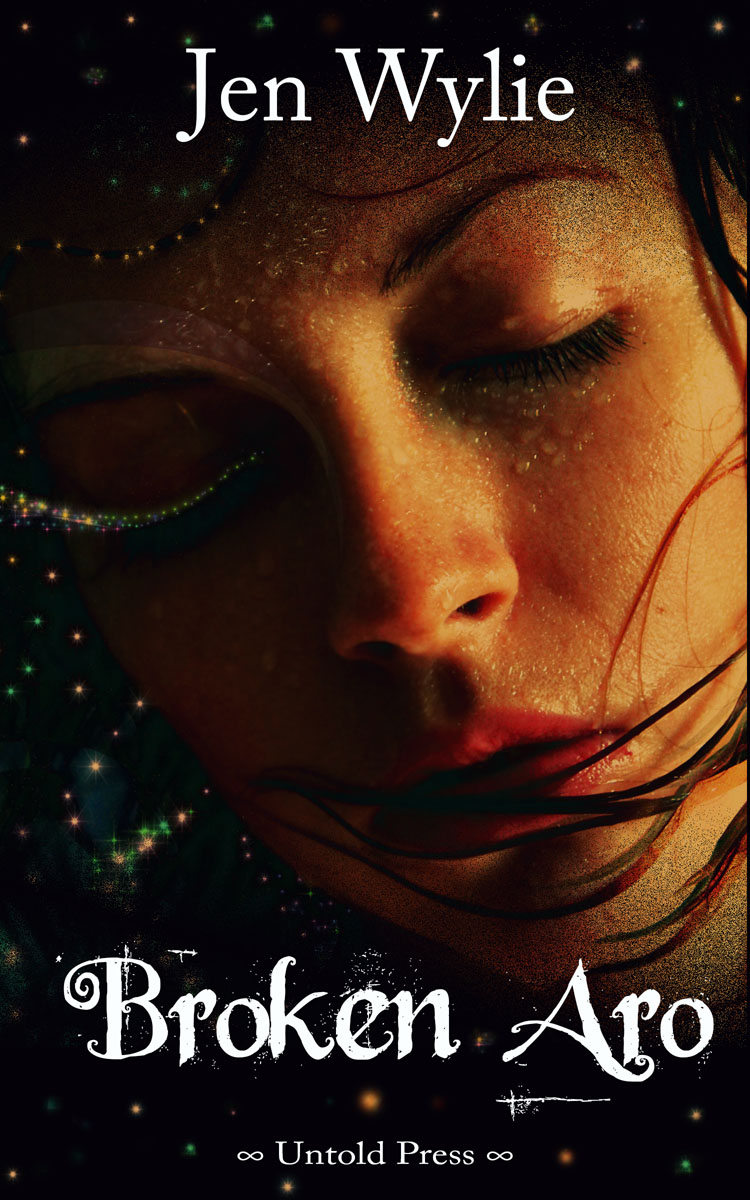 Open your eyes to darkness. What do you see? Does the darkness frighten you? Now imagine the darkness being the cargo hold of a slave ship. Your city has fallen. Your family is most likely dead. You don’t know anyone around you, and some of them aren’t even human. Giving up would be so easy to do, but not for Arowyn Mason. Not after being raised in a military family with seven brothers. Every great story should begin with a plan. Aro’s was to escape and to survive.

Escape comes, but at a price. As they reach the shore, Aro and the other survivors learn that freedom doesn’t mean safety. The slavers want their property back and will do anything to get it. The party uses every ounce of their brute strength, a hearty helping of cunning, and even ancient magics to keep themselves alive. Sickness, danger, and even love surprise them at every turn. Dealing with danger becomes their way of life, but none of them ever considered that nothing can be quite as dangerous as a prophecy. Running turns into another race altogether as her world falls to pieces again and again.

Broken Aro is the first novel in The Broken Ones series. You can download it on Amazon or purchase it in paperback from Amazon, Barnes and Noble and CreateSpace.

Her eyes opened to darkness.

She wasn’t surprised. When bad things happened and you finally opened your eyes it was always dark wasn’t it? Because otherwise when you woke up you wouldn’t be scared, not right away, not until you remembered. Yet in darkness nothing else could be seen but the memories of what had happened, it didn’t matter if you opened your eyes or kept them squeezed closed.

She closed her eyes again, not against the memories, but the sudden tears and choking sobs. Still, she tried to notremember, but her head hurt. All of her hurt, but her head hurt the worst. She’d been hit by something, very hard. She had no trouble remembering the pain. She remembered falling to the ground, her brothers screaming her name over the insane loudness of the fighting and everything fading to nothing as darkness claimed her.

She shifted and froze, terror creeping up her throat and choking her at the same time until nothing but a strangled gurgle came out.

She knew because she felt the cold metal shackles around each wrist, felt the weight of the chain between them. The same fetters bound her ankles. Dirty straw prickled her cheek and the other smells of her surroundings overcame her. They overwhelmed her and made her gag. The rank scents of piss, shit and vomit almost covered the stale reek of sweat and the tang of salt.

She’d thought her head had just been spinning, but no, everything moved, lurching and swaying. She was at sea.

At sea in chains meant only one thing. The rumors had been true. The Gelanians had allied with the Franuan Slavers. Beneath the combined attack, Kingsport had fallen and the Frans had taken their cut, citizens to sell as slaves. She was a slave.

The idea terrified her, and left her cold and shaking. Squeezing her eyes closed, she fought to push away the horrifying images suddenly assaulting her. Breathing slowly helped a little. The shaking stopped and finally she could breathe again.

She opened her eyes, straining them against the darkness. Had night fallen? Could that be why it was so dark?Her eyes slowly adjusted until she could make out vague shapes; the bars of the cell in the ships hold and darker shapes of people sitting before her in the small cell.

She concentrated, squinting her eyes and counting. Six others shared the cell. Her brothers? “Paul?” The creak of the ship and the murmurs, curses, and sobs of the other captives in the hold almost drowned out her small voice.

“Boy’s awake,” one of the shapes said. Definitely not one of her brothers.

She stiffened. They’d called her boy. Even after all she’d been through, it was quite a blow to her self-esteem. She frowned in confusion for a moment, until she remembered. Her brothers had dressed her in their old clothes, old bits of armor that sort of fit. They’d even hacked off her long hair…

She cursed them under her breath again for that. Then she almost smiled, remembering Sammy’s face when he’d done it. Her brothers were such morons. They always had been. Yet they’d been stuck with raising her, and what did they know of girls? Her mother had died when she was four, and losing her hadn’t been easy on any of them.

Father had been a regiment Commander and away a lot. They’d all managed to take care of her somehow, the younger of her brothers watching over her until eventually they’d all joined the army. But she’d been twelve by the time the youngest of them had enlisted. She’d been able to take care of the house while they served their time on the border. They didn’t worry about her much. The army wives had helped, keeping an eye on her for them.

However, father had died two years ago at Demet’s Pass. It had been hard, losing him. Harder than when mother had died because she hadn’t been old enough then to know what it meant. Not seeing him at the head of their big old table, with his gentle smile, had been tough on all of them. It still was. It had been harder this past spring when her brothers had all ridden out again. Because death had become something real, she knew they might not come back.

She was fifteen now. Not really a child anymore. So she had faked a smile and waved goodbye to them all when really fear had made her want to scream instead. They had all come home, but with an enemy army at their heels. They’d been afraid then, afraid for her. They knew things she didn’t, things like what would happen to a young girl if the city fell. However, she wasn’t a woman yet, not in appearance at any rate. Tall and gangly with no figure whatsoever. No wonder she could pass for a boy.

The man who had spoken before broke her thoughts. She must have been hit in the head hard for her mind to wander back into the past. She managed to croak an incoherent sound indicating she’d heard him.

“You alive over there?”

“Yes,” she lied and waited. No one else spoke. No one came rushing to her side. Panic quickened her breath as fear sped her heart. Her brothers weren’t here. If they had been they’d have harassed everyone to find out where she was. At least… they weren’t on this boat. Unfortunately, the slavers had a whole fleet. They must be on another boat. She had to believe that. She closed her eyes tightly again. Yes, they’d been placed on another boat.

Because if they weren’t then they were all dead.