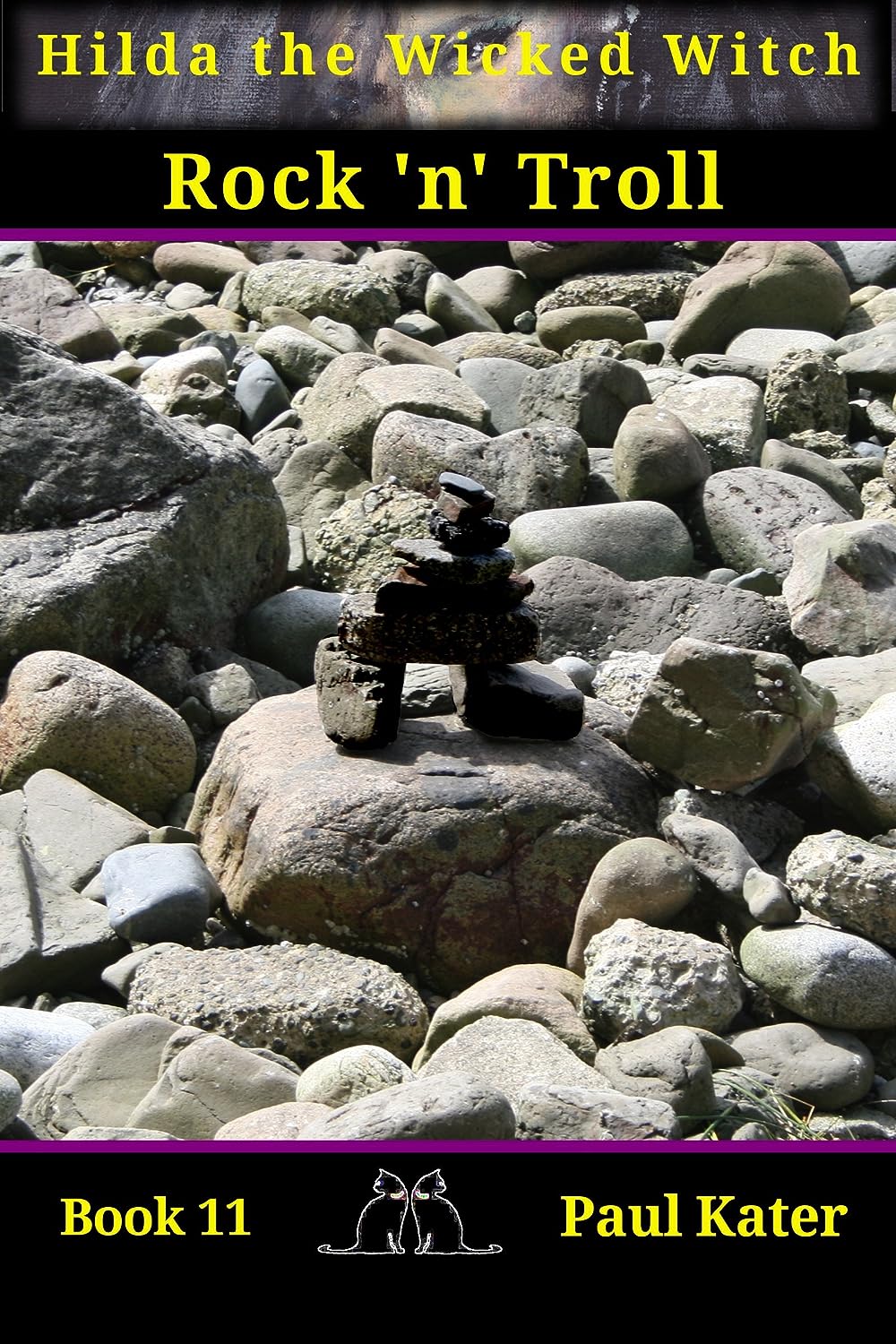 Hilda and William leave for another vacation, some time away. Knowing the witch and her wizardly partner, this will end up in work of course. Tremors, flower witches, dwarves and trolls are only some of the elements that will turn this trip into yet an unforgettable one for the magical couple who will also have a few fun surprises along the way!

Available to download on:
Amazon
Smashwords
Barnes and Noble
KoboRock ‘n’ Troll is the 11th book in the Hilda the Wicked Witch series. The first 7 books in the series are free in most places.

Slipton was one of those quaint little villages that had a typical charm to it. Slipton’s charm was in its smell, because many a famous baker came from there, and new bakers were constantly being trained so the scent of freshly baked bread was always around.

“The baker in our village is from here also,” Hilda lectured. “He was the best of the baker’s dozen of his year. They only deliver thirteen bakers each year, you should know.”

“Oh?” William was not prepared for that revelation.

“One a month, and a spare just in case,” Hilda clarified as she saw the wizard’s surprise. “And I think I see where we’re wanted.” She pointed down at a huge area of land, half of which was carefully coloured with budding flowers that attempted to withstand the cold wind, and the other half looked like a battlefield. As the two brooms flew lower, the magicals saw six people standing at the edge of the field of flowers. They all stared at the part of the field that looked freshly destroyed. Once Hilda and William touched down, they saw a massive amount of garden gnomes in the deflowered field. The six people stood and stared at the small army of grey stone men with their shovels and wheel barrows.

“I wonder what they’re doing,” William wondered as they walked to the human and hopefully talkative contingent of the staring contest. The gnomes looked like a boringly silent lot.

Hilda announced their arrival. A woman asked the others ‘if they had them’, without taking her eyes off the gnomes. Only after at least three confirmations were voiced did the woman blink and look at the magicals. “I am so glad you are here,” she said as she rubbed her eyes. “They’re really becoming a problem.”

Hilda looked at the garden gnomes. “Not the regular kind I guess?” The little creatures did not strike her as odd, except that they stood still.

“No. As long as we look at them they stand there. If we don’t look, or when we blink at the same time, they approach and start damaging the flowers. In the daytime it’s not too difficult to keep them under control this way, but when it’s dark it becomes hard. We lack proper light, and it’s still very cold at night.”

“How long has this been going on already?” Hilda asked, as William and Obsi walked over to the grey statues.

“A few days. At first we thought they were here to help so we did not pay attention to them. But then they did this, in half a day,” the woman said as she pointed at the dishevelled area. “After ruining one of our larger flower fields further to the south.”

“Damn, these things are heavy.”

Hilda looked up and saw William come back. He carried one of the gnomes in his arms, the thing wrapped in a piece of rough cloth. “Are you crazy, wizard? You don’t carry garden gnomes around like they’re… statues!”

William laughed. “That’s how this one feels though. And if looking at them is the problem, then blindfolding them is the solution I think. This one is quite harmless at the moment.” He laid the wrapped up gnome on the ground. It didn’t move.

“Is that really all we have to do?” the woman asked as she prodded the rigid shape with her foot.”Hermina, can you take over from Joe for a while?” someone of the staring group called out. “He got some sand in his eyes.”