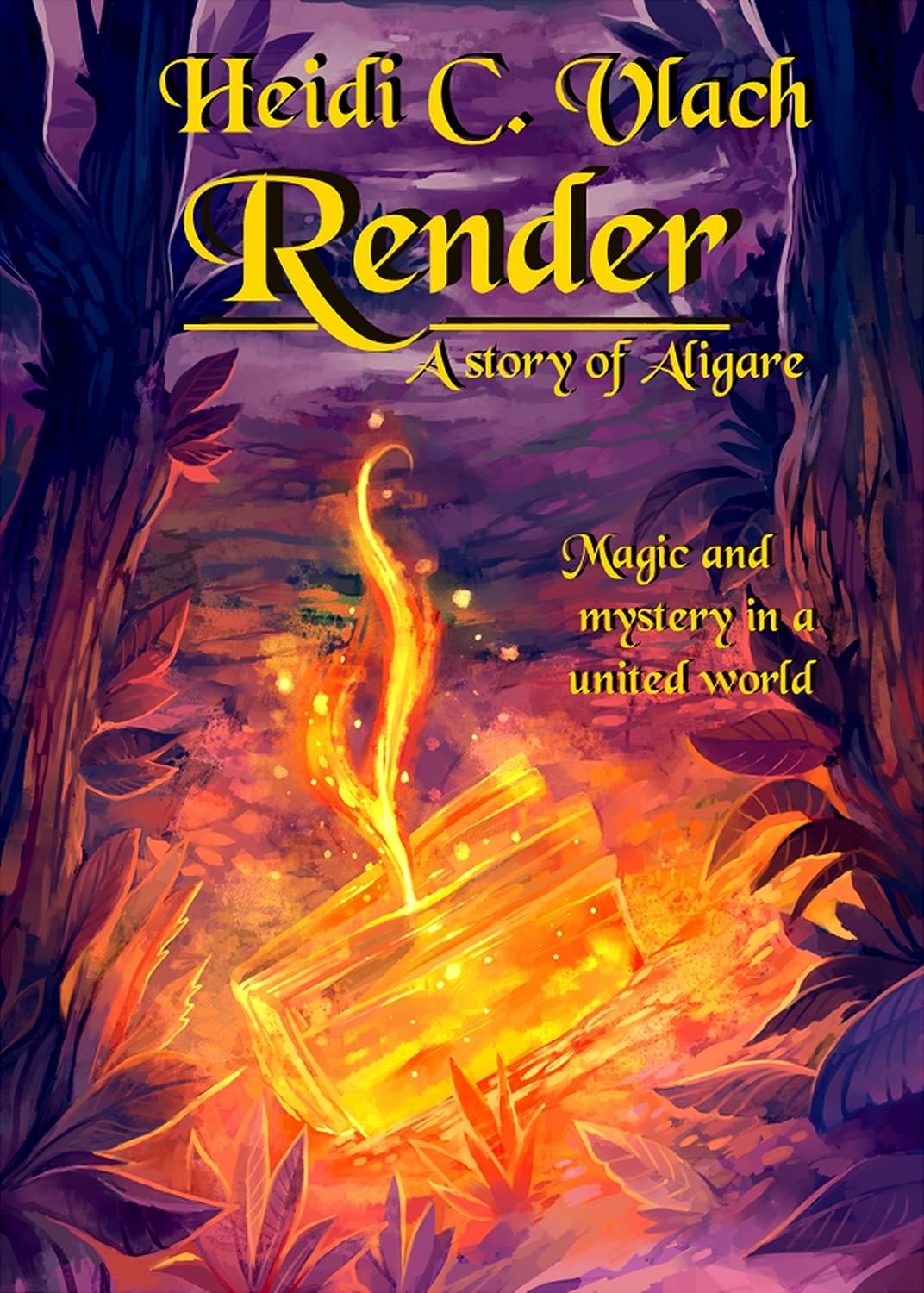 In a far distant land, where magic flows and legends bloom, three races face their troubles together.

The insect-like aemets built new homes under mountain maples, and they wished for luck. But the years brought them much work and meagre reward. After poor harvests and a brush with forest fire, now wolves are striking down aemets who venture into the forest. Wolves have never menaced peoplekind in any of the teaching legends. Always a non-violent people, all the aemets know to do is
work harder and pray.

Rue is a young aemet coming of age in this strained village. Named after the fortuitous rue plant, she has never cared much for the idea of luck. She believed from the start that it was folly to live in this place — and when fellow aemets turn up dead, Rue is through waiting for the winds to change. With her aemet skill of sensing air movement, her chemistry training and a guard dog at her side, Rue promises herself that she’ll find the root of Aloftway’s problems. But she’ll need help from otherkind allies, including the local recluse, Felixi. He is a dragon-like korvi, and a hunter of big game — who knows more about the wolf attacks than he’s willing to share.
Render is part of the Stories of Aligare, a fantasy series set in a magical, human-free world. It is a stand-alone novel, only loosely related to other Stories of Aligare.

Render is available to download for $2.99 on:
Amazon
Barnes and Noble
Kobo
Smashwords

He jerked his chin toward the basket at Rue’s feet. ‘That’s my payment?”

He stepped over the nurl and approached, tall and broad as he came near. Rue spotted another scar as he picked up the basket, a faded one concealed between the tendons of his hands.

Air rushed under Felixi’s hackling feathers. Looking to Rue with a hard-line mouth, he listened.

“For your new arrivals? Can’t they catch their own damned meat?”

“I doubt it. Should I tell you the whole story? I won’t ask anything for the telling, either. I’m not a bard.”

She didn’t expect it to work, a bare bribe against someone cannier than her. But Felixi stared for a hard moment and then barked a ragged sound — Rue barely recognized it as a laugh. A smile pulled at the corner of her mouth.

“Long ago,” Rue obliged. And then she shook her head, feeling radiantly absurd. “I’m not actually telling this like a legend. The village only goes back three years and four months.”

Felixi stared. His laughter had long since died — so much for lightening the air between them. Rue ought to get to the point.

“Anypace … We began this village on hopes and prayers, really. We haven’t got connections like well-known old villages, and Aloftway’s two korvi friends are too valuable to go off building renown. My father left to find allies but right now, we haven’t a notion of where he is. We’ve just been working on the beginning basics of trade — growing a surplus of crops, that sort of thing — but it’s been slow work, and now, some days ago a village fellow was killed by wolves.”

Felixi still had no comment. He stood fixed on her; Rue sensed a shift of his jaw muscles, a marginal rise in his feathered back or maybe it had never settled.

Rue went on, “It … It came right out of the yellow. We hadn’t thought wolves would mistake peoplekind for prey so easily. The fellow was only off foraging for tree bark, maybe a furlong from the edge of town. And we found a second fellow— “

As though anyone but Rue had found that fellow and guarded the secret.

“—He was the same way, hunted and torn apart by wolves. We can see the pawprints, we hear their howling on the wind… Everyone has been scared since then. No one wants to be the next friend circled and torn apart next.”

“So you’re feeding some creatures in exchange for protection,” Felixi asked.

“Dogs, I’m told. Some fellow or other breeds pups and he owes Aloftway a favour … They’ll need to be fed.”

“And you haven’t got a scrap of meat to share, so you’re asking me to fetch it each day.”

“Not every day,” Rue blurted. “I don’t think so, anypace. That’d be stupid, taking on so many dogs that we all starve.”

And with a raise of his brow, Felixi shifted — changing all over, his feathers finally settling. “Good to know that you have that much sense. Hmf. I’ll catch one more large creature for you. A deer this time, for a half-bushel of nuts or something like them. I’ll be three days.” He paused like his own bristly words stuck in his throat. “I don’t make long-term arrangements, Rue, so tell your mages to scrape out a better plan.”

“We will. I’ll make sure we find a solution.”

He made a low, flat sound, and turned away. Yellow plumage fanned between them, his wings spreading like the closing of a door curtain.

“Felixi? There’s a parchment pouch, tucked down the side. I salt-roasted a few of the nuts, they make a fine snack — it’s Aloftway’s thanks for your trouble.”

The look he shot Rue was different somehow — lighter, more bitter, and with an odd twist of a smile. In this gemstone moment, Rue was looking at his features in profile, his unstyled shock of mane feathers and the shallow curve of his nose. Felixi’s face was younger than she had thought. No lines from smiling. No grey feathers where his hide and plumage met. Just his mouth set like carved stone and the razor thought in his eyes.

“I’ll leave your basket in this field when I’m finished with it,” was all he said.