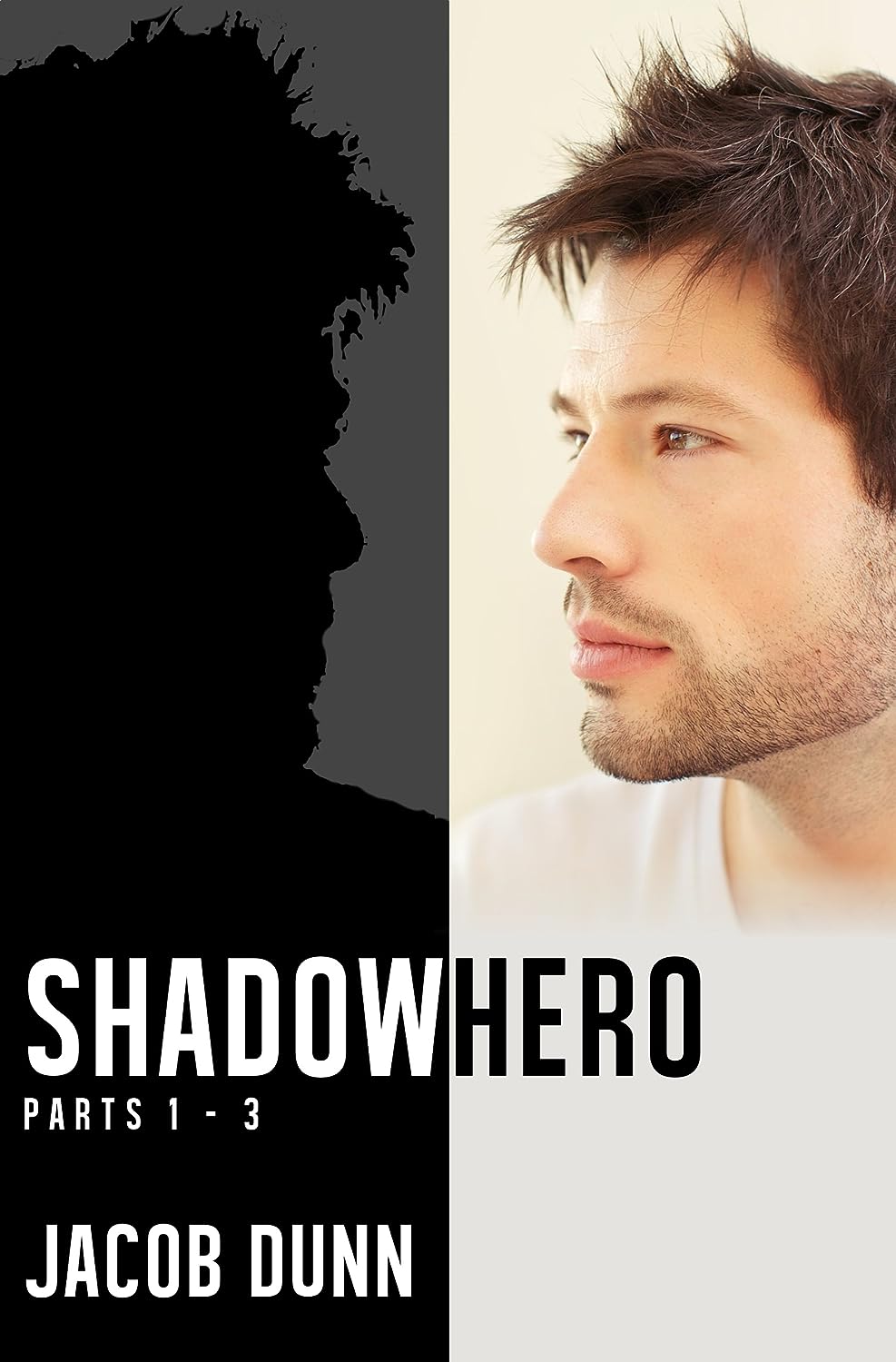 Ninth-grader Jared Brooks is tortured by the shadows of his life. The shadows distract him during tests, they keep him up at night, they bring out the worst in him. And they give him so much power that he almost never loses in a fight.

Sadie knows what Jared is and what he can do. When she invites him to join a group of high school students who carry out questionable tasks for the secretive Shadowcouncil, Jared begins to hope he can use the darkness inside himself for something better.

After discovering he’s a Shadowhero, Jared thinks there’s nothing he can’t do. When his brother offers him a chance to go boxing, he can’t say no. But one bad choice leads to another as Jared’s shadow takes him down a dark path.

When Sadie gets hurt, Jared must choose between the darkness offered by his shadow, or the new life that Sadie has shown him.

Every Shade does something they regret…

Shadowhero Parts 1-3 is available on Amazon. If you purchase Shadowhero, read it and review it by the end of the month, you’ll be entered to win a Kindle Fire HD. Contest details here.

All the students sat silent, reading or making quiet marks with their pencils. But their shadows were restless. Girls taking the test had shadows chewing gum, brushing hair and playing with makeup. Some shadows ogled at boys, and my cheeks burned as I noticed a shadow gazing at me, followed by the bleach-blonde fake-tanned girl actually looking up at me and smiling. She winked.

Some boy shadows seemed equally distracted by girls while other shadows seemed disinterested or aloof. And among the class were several shadows going insane. They angry about the quiz and upset that they hadn’t studied or that that they didn’t know an answer. All of them were talking.

All of them but one. I had done nearly a 180 in my seat before I saw Sadie. She didn’t look tired from the night before. No one would be able to guess that it was her body that had gone flying through the air and dented the lockers out in the hallway.

Calmly, and in sync with her shadow, Sadie reached down down with her pencil write. As I focused in on her, all the other shadow’s voices faded away and Sadie’s voice entered my mind as clear as a bell.

So…the answer to 10 is D. Sadie reached out to write her answer down on her paper when her gaze snapped up to me. You know it’s rude to eavesdrop, right?

All the other voices simultaneously flooded back could still envision Sadie’s green eyes–it was liked I’d been looking right at the sun and then turned away. How had she talked to me like the voices? She had told me the voices were the shadows. Now I was confused…but not about the answer to question 10.

I’ve only read the first of the Shadowhero books (I prefer the covers on the separate books) so far, and I will read the others. I enjoyed the unique magic in this series. The troubled young man, with anger issues and a talent for boxing, is a fresh YA hero. Jared discovers that he is a Shade, which means that he has a Shadowtalent. The ability to see and hear the true actions of people’s shadows gives him strength, extra-perceptive powers and the ability to overhear thoughts.

Dunn merges two fancies about shadows. One is the idea that your shadow can do things on its own, and that these things represent the desires of your unconscious mind. The other sense of shadow is as our dark side, our more violent or selfish inclinations. The shadows heckle you to do terrible things. Jared joins a group of other teen Shades whose job is to help catch those Shades who have listened to their shadows and turned to a life of crime. He himself, however, must wrestle with his own temptations.

The main problem I had with the book was the formatting. It was wonky, which made it harder to read than necessary.