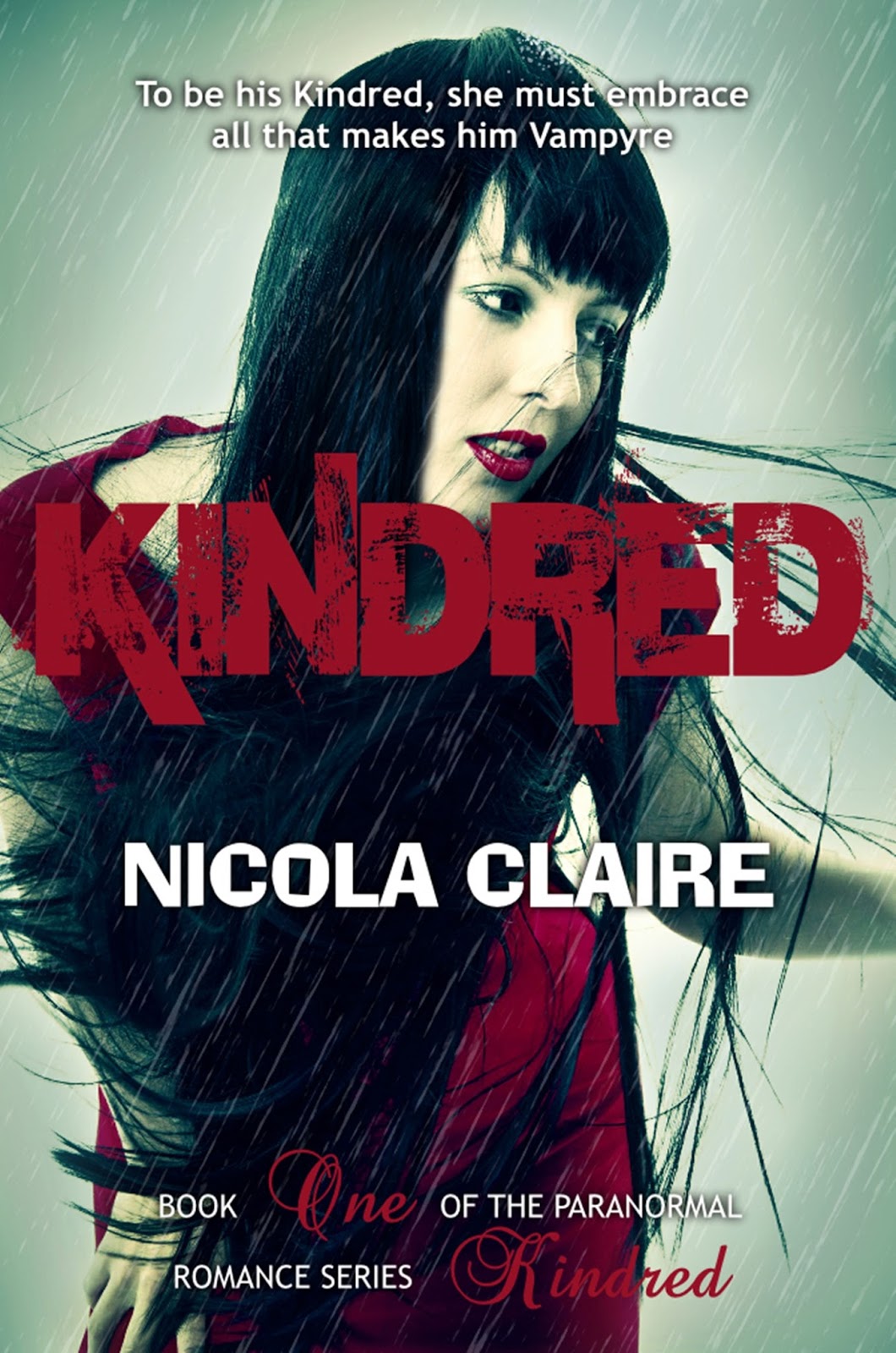 “You may not be aware, ma douce, but not all vampyre have a kindred, some will live out their existence without such beauty in their lives. I have waited five hundred years for you.”

Vampires, shape shifters, ghouls and magic users abound in a world where the Norms, (those humans without paranormal abilities) are ignorant of the creatures of the night and the supernatural species that live alongside them.

Lucinda Monk is a bank teller by day and a vampire hunter by night, but she wasn’t always a part of this world. Thrown into a heady mix of powerful people and sensual beings, she’s had to find her way practically blindfolded in amongst the creatures of the night. But she’s a capable and realistic kind of girl. Her motto: never show fear. But, there’s something different about Lucinda, something those creatures she hunts, want. In order to stay one step ahead of the enemy she has to let the enemy in. In all his compelling, seductive and delicious ways. Sleeping with the enemy has never meant so much before. But, can she trust him?

From the urban streets of the city, to the dark alleys and sinful bars that promise a wickedness a girl from the farm has never before been exposed to, Lucinda gets drawn irreversibly into the dark side of life. And if the Master of the City had his way, she would always be his. For eternity.

Kindred is Book 1 of 7 in the Kindred series, with the last book in the series; Kiss Of The Dragon, due out in September. Find out more about the series on her website or Goodreads.
Kindred is available free on Amazon right now, but is also available on:
Paperback
Barnes and Noble
Kobo
Smashwords
iTunes

I’d only been in my apartment about five minutes, managing a quick change and throwing some washing in the machine in the bathroom, when Nero appeared. I’d just walked back to the kitchen to switch the coffee machine on, and there he was.

“You could knock first.”

“I was unable to reach you.” He took a step towards me and stopped dead, his head cocked slightly to the side, his gaze intent.

“You have Bonded.” He sounded… what? Disappointed?

“I have a glow?” This sounded familiar. I quickly glanced down at my body. Nope. No glow. “I can’t see it.”

“You will learn to recognise the glow of a Bonded Nosferatin in time.”

“So, I only glow to another Nosferatin?”

“Supernova.” He smiled ruefully then.

I have a supernova glow. Figures.

“Concentrate on my aura. Look past my physical form, you will see a haze around me, look closely at that. Do not be distracted.”

I tried, but it was hard. He was dressed in black again today, I have a thing for black. His linen trousers were down to just above his ankles, dark manly bare feet at the bottom, the trousers hugged his hips and thighs lovingly and didn’t have a crease in them. How can he manage to keep linen wrinkle free? His top was a T-Shirt today, unlike the loose cotton shirts he had worn in the past, this black T-Shirt showed off every muscle, every line, every – well, I think you get the picture. Concentrating on a hazy blur around the sides of him was damn near impossible.

“Not as bright as yours.”

He smiled, a sexy smile as if to say, I’ll tell you, but you’ll have to come a little closer. I almost did. Damn, what did this man do to me?

“The brightness of a Bond glow is in direct relation to the connection you share with your kindred vampyre, but not just the mental connection of joining, it manifests the emotional or,” a pause, “sexual connection between the vampyre and Nosferatin. My relationship with Nafrini is platonic love. She is like a sister to me. Our Bond glow is pale.”

Oh. So, my glow was telling every other Nosferatin that I was doing the dirty with my kindred vampire. I felt a blush rise up my cheeks and started biting my bottom lip.