“Where do you find your ideas?” people often ask me.

The truth is, I don’t find ideas. Ideas find me.

Like ghosts, they seek me out, haunt me, and don’t let go until the story is written.

My mind is like a revolving drum filled with hundreds of jigsaw pieces, each representing a story idea. Sometimes two or more pieces click together, and that’s when a story takes shape.

The location is often among the first jigsaw pieces to click. The setting lends atmosphere and determines the flavour of the story. Some of the places in my stories are real, others exist only in my imagination, while yet others are a blend of the real and the imagined. 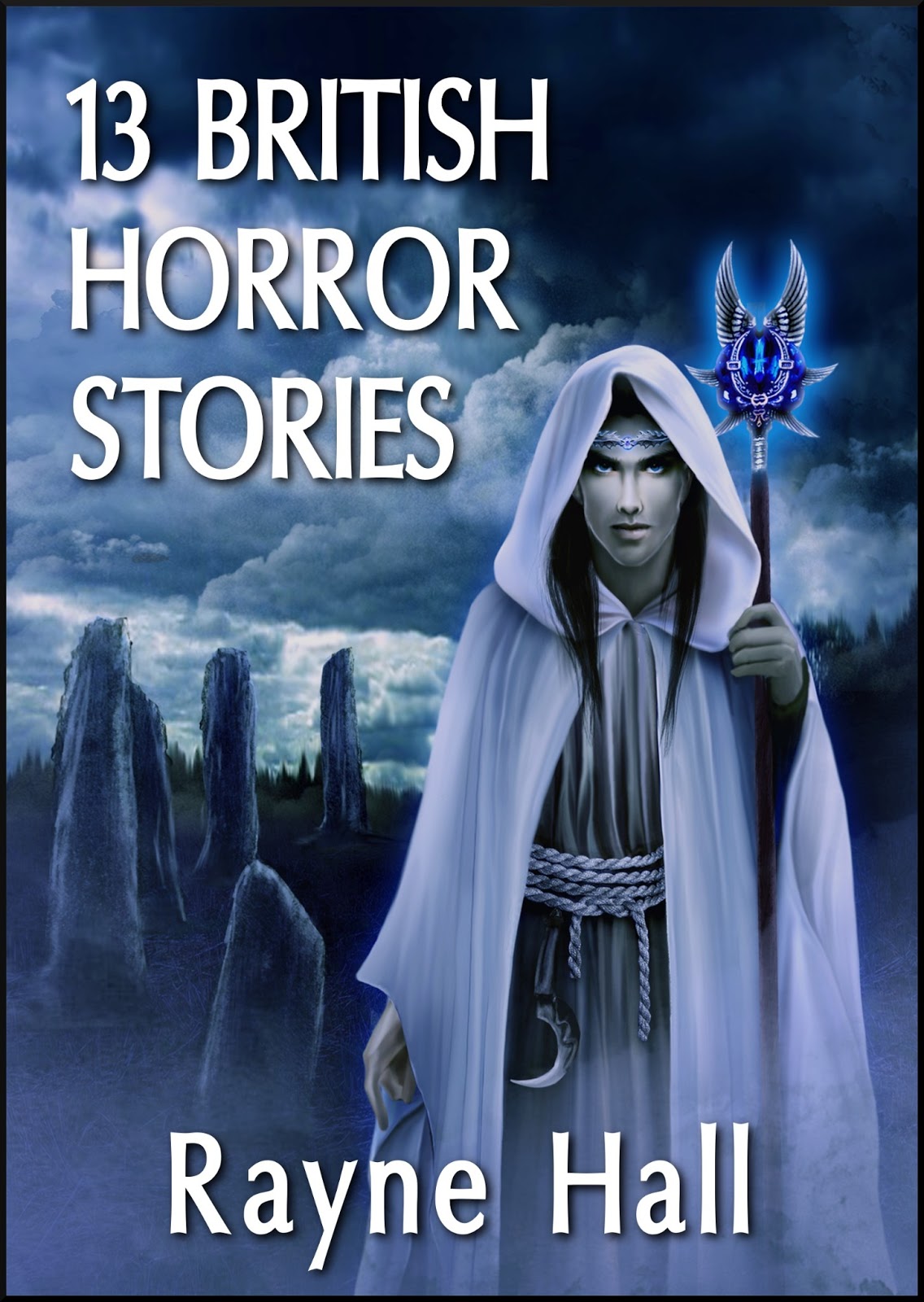 The tales in 13 British Horror Stories are inspired by the places where I have lived and travelled in Britain. I live in a small dilapidated town of former Victorian grandeur on the south coast of England, and if you know the region, you may recognise the landscapes that inspired some of the tales.

The southeast of England has many village churches from the Norman period and the Middle Ages, many of them in isolated locations, often surrounded by tilting, lichen-encrusted gravestones. To research Take Me To St. Roch’s I spent a night in one of those old cemeteries, taking notes about every flickering shadow and every creepy noise. I jotted down how the wooden gate creaked on unoiled hinges, how the gravel crunched under my steps, and how the twigs of the trees beckoned like skeleton fingers, withered and pale.

Locals know what a menace herring gulls can be, but well-meaning tourists always feed them leftovers from their fish&chips takeaway, and this encourages the birds to even more aggression. Like daring highwaymen, they swoop and rob anyone holding food. I live in a top floor flat near the seafront. Every morning, seagulls hammer their beaks on my windows as if trying to break the glass. Watching them gave me the idea for the Seagulls story.

Never Leave Me was the first horror story I ever wrote, a long time ago. Inspiration came from reading about the archaeological discovery of the mummified “Druid Prince” and from a visit to the wind-swept Yorkshire Moors.

When the tide is out, it’s possible to walk on the seabed below the chalk cliffs, across black boulders and rust-coloured shingle. The air smells of salt and seaweed. Waves swish and slurp across the shingle, and in the distance, seagulls squawk. On one side, the sea glints like a diamond-studded sheet, on the other, the steep cliffs tower like unassailable fortress walls, a sublime sight. But woe when the tide comes rolling in while you’re still on the seabed! With no accessible path for miles, you’ll be trapped between the rock face and the smashing waves. In Double Rainbows, I imagined this scenario. What happens if you realise you got the time wrong?

The ferocious force of wind and waves sometimes erodes the cliffs and breaks off whole sections. The first time I walked below Fairlight Cliffs, the sight made my throat constrict. A large chunk of the cliff had recently fallen, leaving houses half destroyed, half standing. From below, I could see the inside of living rooms and kitchens, still furnished, as if any moment the inhabitants would enter. For years, the sight haunted me, but I could not come up with a story. Then St Leonards Writers decided to write stories about a local area, the so-called America Ground. Around the same time, I revisited Hastings Castle, which was partially destroyed during a violent storm 1287 when part of the cliff on which it stood fell. The three places – Fairlight, Hastings Castle, America Ground – clicked together, and I placed my story Scruples during the 1287 storm.

I had long mulled over a ghost story idea, but could not bring it to life until the plot clicked with several places from my memory. I recalled the railway tunnel next to the station where I used to wait after school for the train home, its entrance gaping like a black, hungry mouth. This combined with memories of travels in Wales, of steep slopes, grey slate houses, and drizzling rain. The story Through the Tunnel is the result.

The Devil You Know started with the memory of a night I spent as a young woman on a platform at Richmond station, waiting for the morning train to take me home, trying to sleep while the cold from the metal bench seeped through my thin dress. I kept the bench but moved it to an imaginary railway station on the Kent-Sussex border. Many of the small railway stations these days are unstaffed most of the time, with the waiting rooms and toilets locked, and the help points are often out of order.

Many years ago, I joined a group of divers for a holiday in Dorset. I couldn’t dive – I still can’t – but I listened to them as they talked about their plans for the day, and discussed the adventures at the evening campfire. I wondered if a wreck could be haunted, and what would be the worst thing that could go wrong on a dive. The divers were eager to help me with their know-how. The resulting story was I Dived the Pandora, which has been published in several versions. The current version is set in Sussex.

The main idea for Four Bony Hands haunted me for many years. What if the events in a certain fairytale didn’t happen quite the way everyone believes? After several abandoned attempts, another jigsaw piece clicked: the place was a cosy interior, heated by a big oven, providing shelter from the cold weather, refuge from persecution, and sanctuary from evil. Although the story takes place indoors, you can imagine the pine and oak woods surrounding the cottage, snow-laden like the Scottish forests in winter. 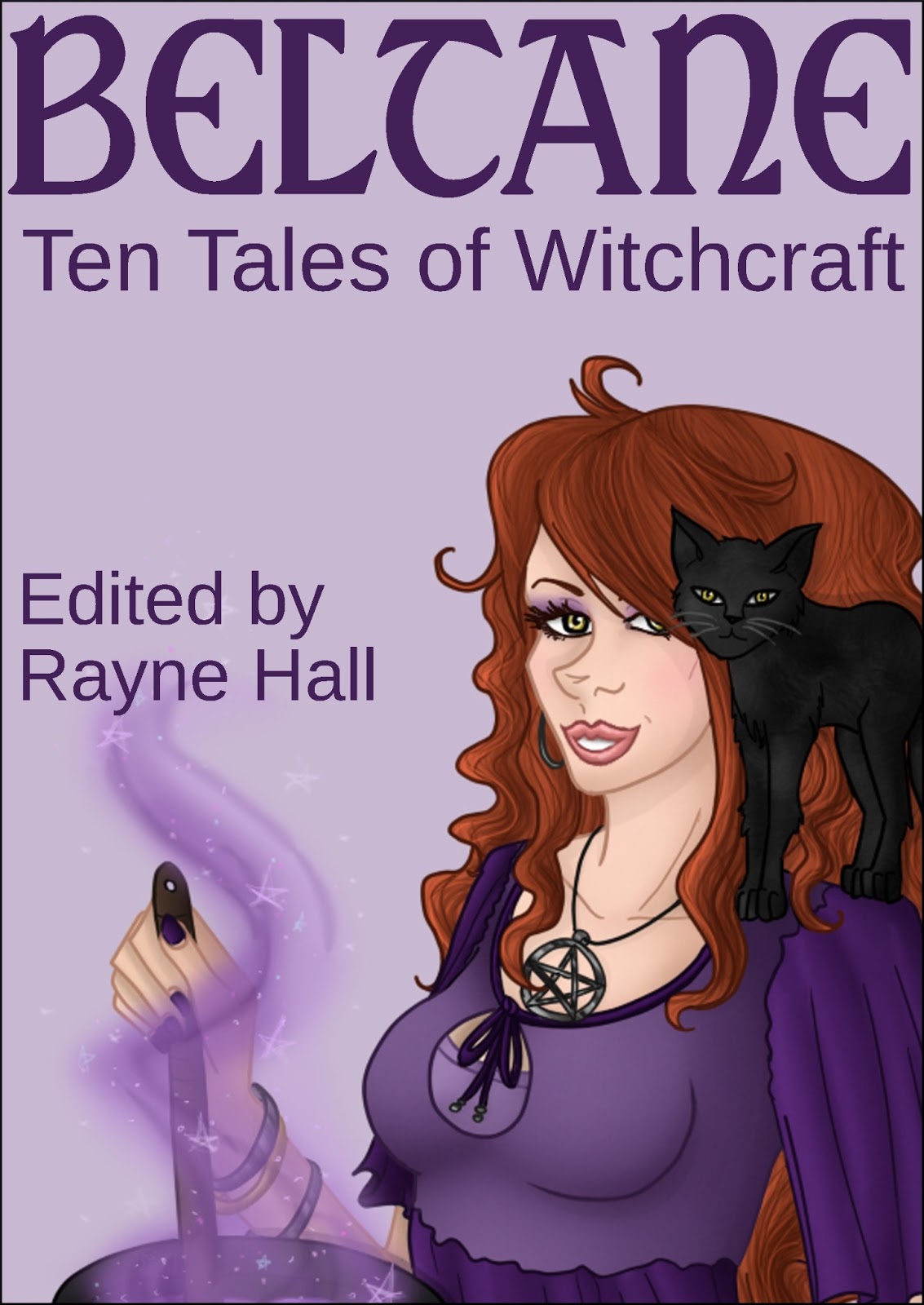 Beltane was my entry for a contest where each writer has twenty-four hours to create a complete story about a given topic. The theme was something about a blind fruit vendor and a young female customer. It was the first of May – the date of the traditional Celtic Beltane festival – and fresh green leaves and white blooms covered the trees, so I decided to set the story in ancient England in Celtic times. What did the blind vendor know that the girl did not? The story didn’t win, but I liked it, and a year later I wrote a more polished version.

Stone circles hold a deep fascination for me, and there are many of them in Britain. I’ve visited many stone circles, from the big ones like Avebury and Stonehenge to the ones which are so small they’re hard to spot among the bracken, from the major tourist attractions to the unknown ones, accessible only after a long hike, climbing across stiles and squeezing through thorny brambles. My favourites are the stone circles of Cornwall: Tregeseal, Merry Maidens, Boscawen-Un and all the others. Sometimes I would reach an out-of-the way place and discover that a previous visitor had left an offering, such as a posy of wildflowers, which always delighted me. On one occasion, though, I was disconcerted to find the offering was the flattened, fire-parched body of a frog. Readers familiar with Cornwall will recognise the landscape in the story Druid Stones and may even guess which circle was the fictional inspiration for the Dredhek Stones.

Burning was one of the most difficult stories I’ve ever written, and I believe it’s one of my best. Several places combined in my mind to form the inspiration. The first was a house on fire in the neighbourhood. My father forced me to watch it burn, even though at the age of seven I was upset and terrified. The second was also a house that burned out. This time, I did not witness the inferno, but I heard afterwards that the Turkish family who lived there had not been able to get out. Their charred skeletons told how they had cowered in the corner as the flames devoured them, and the father had shielded his daughters with his own body for as long as he could. This moved me deeply, and then I heard someone say “They were only Turks. Good riddance to the vermin.”

Later, I learnt about the atrocities committed against Jews during the Nazi period. In the town of my birth, locals burnt the synagogue and then built a church on that spot. In a nearby town, the eager citizens went even further: they locked the Jewish population into the synagogue before they set it on fire. The fire brigade, instead of putting out the flames, fanned and fed them, and made sure none of the Jews could escape. Much later, after the al-Qaeda bombings in London, a wave of burning hatred against Arabs swept through England, and it frightened me. Burning houses, churches, racial hatred, hypocrisy, a scared child witnessing events she cannot understand… these elements clicked together into a disturbing tale of human evil.

The story Only a Fool started with a real incident. As a young woman, I lived in London. One night I walked home from the Tube station when a drunken man attacked me, and I was saved by my wits and vivid imagination. For the story, I added memories of the many places where I had been nervous to walk alone, the kind of alley where shattered windows wink in the sparse light and footsteps echo as loud as your thudding heart.

I enjoy evoking the atmosphere of a place with the senses of sound, touch and smell.

My stories involve little violence. They are horror, but not of the slash-and-gore type with chainsaw massacres and lakes of blood. My brand of horror is of the suspenseful, creepy kind. Where other horror writers shock their readers with graphically mangled corpses, I tantalize mine with places that ooze creepy atmosphere.

England has tons of places that are brilliant settings for stories. I lived in North London and then Cardiff for years and the places I saw and visited always had me thinking of story ideas and interesting characters.

You’ve got me going now, I love the horror genre take on the settings.