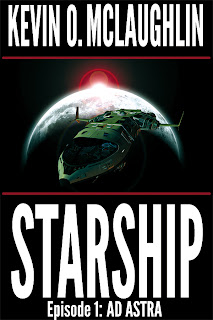 “Ad Astra” launches STARSHIP, fresh episodic fiction from award-winning author Kevin O. McLaughlin. The first season of five episodes, released weekly, will carry the reader through a single novel-length adventure from Earth to the stars, and from broken spirits to humanity’s unlikely heroes.

If life knocked you down, would you risk everything you had left to reach for the stars?

Ad Astra is available on Amazon, Barnes and Noble and Kobo.