the country breathed a timeless life 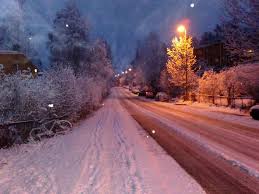 “The low, undulating Danish landscape was silent and serene, mysteriously wide-awake in the hour before sunrise. There was not a cloud in the pale sky, not a shadow along the dim, pearly fields, hills and woods. The mist was lifting from the valleys and hollows, the air was cool, the grass and the foliage dripping wet with morning dew. Unwatched by the eyes of man, undisturbed by his activity, the country breathed a timeless life, to which language was inadequate.

All the same, a human race had lived on this land for a thousand years, had been formed by its soil and weather, and had marked it with its thoughts, so that now no one could tell where the existence of the one ceased and the other began. The thin gray line of road, winding across the plain and up and down the hills, was the fixed materialization of human longing, and of the notion that it is better to be in one place than another.”