Vampire in Defiance by Dale Mayer

This was it. For Tessa. For Cody. For Jared. Her family. Her Friends.

Moltere’s Mountain is collapsing. With Tessa, her friends and family still inside. Tessa won’t go down without a fight…and she won’t leave the others behind. But as she races to save everyone, time runs out.

Grounded with an injured wing, Cody wants Tessa to leave while they still can. But most of their friends and family are missing. And he fears the worst…Jared had led the army into the mountain. Only to find they were looking to annihilate all vamps, not just the bad ones. He can’t leave his friends vulnerable to yet another attack. But the mine is a death trap, and he could be the one that ends up dead.The pressure is on – to save friends, family, each other – only the enemy is just as determined that no one survives.
Download Vampire in Defiance from Amazon and Barnes and Noble.

Cody glanced around to find Tessa standing behind him. Tessa. I’m fine. Or I will be. Are you okay?

She nodded. My leg is damaged, but I’m alive. That’s what counts.

Pride and joy surged through him as she stood, injured herself but worried about him. She was such a warrior. You are so right. I’m going to be fine. Although I won’t be taking you for a flight around town any time soon.

She laughed, the sound bouncing through his mind and making him smile. Using his hands to push himself up, he slowly straightened. Once back on his feet, he took a deep breath and gazed around at the devastation. Rocks, dirt, and clouds of dust everywhere. Hearing a sound on his left, he turned to watch David, Ian, and Jewel approach.

“About time you woke up. All you’re doing is sleeping on the job.” Ian reached out to hit him,  realized his fist was aimed at his injured shoulder, and swerved away at the last moment.

Cody glared at him. “Yeah. Thanks for missing me.”

Jewel kissed him gently on the cheek. “I’m so happy to see you alive and well.”

“Almost well.” Cody straightened and shrugged gently, barely holding back the grimace of pain. “With any luck, I’ll be fine in a few hours.”

“And that brings us to the next item of business. We need food and rest. A place to stay in until you two heal and we can recharge. Doesn’t have to be too long, but we have to make sure it’s enough that we can fight our way out of here,” David said with a pointed look at Cody’s wing.

“Tessa can’t move without help,” Serus pointed out. “Goran, can you carry her back to the tunnel opening? We’ll scout ahead and see what we can find.”

Goran nodded. “Give me a minute to move the two of them over.”

Cody snorted. “I can get over there on my own. Go get Tessa.”

With an assessing glance at his son, Goran lifted up and headed toward Tessa.

He grinned at Tessa’s voice in his head as he made his way slowly back to the tunnel. Maybe. But I can walk. You can’t.

True. Her disgruntled tone made him chuckle. He caught their friends looking at him strangely. He dropped his smile and shrugged at them sheepishly. “Sorry. Inside joke.”

“You really can talk to her, can’t you?” Jewel asked?

Serus stepped up and said, “Talk when we’re back at the tunnel.”

Cody straightened, hating the damage his body had sustained. It had been a tough week. As long as he wasn’t floating ash, he was good with it. But that tunnel appeared to be a long way away.

In a quiet voice, Jewel asked, “Are you okay? Do you want a hand?”

He hid his grin as he gazed down at the tiniest vampire he knew. “I’ll be fine. But thanks.”

David smirked at him. “I could toss you over there.”

“You and whose army?” Cody scoffed. “You can barely drag your sorry ass around without trying to lift mine.”

The gentle wrangling continued as they made their way to the tunnel entrance. The whole way, Cody had tried to talk to Tessa, but she’d closed a door between them. Up ahead he watched his father land and stand almost protectively in front of her.

Was she more badly injured than they’d thought?

His breath wooshed out. You disappeared. I wasn’t sure what happened.

You were worried? Her smile rippled through his mind. No need.

Then why did you leave. It’s like you shut me out.

Why? He asked cautiously. But inside, frustration built. Why would she do that? And how did she do that? He had no idea how to leave her mind at all.

Because the pain was so bad I didn’t want you to hear me screaming.

Oh shit. Are you that badly hurt?

Yeah, it must suck to be human. He couldn’t imagine a leg taking six weeks to heal. A bad break could take a vampire six hours, but normally a couple of hours would put one back to good health. In Tessa’s case, he had no idea. And you didn’t need to hide your feelings from me. I wouldn’t have thought less of you if I heard you scream, you know.

She smiled again, so faint it was like a whisper, something he felt more than saw. How weird was that?

I hated hearing your pain.

Oh shit. Yeah, that changed things. He thought she’d been worried about what he’d hear, and instead she’d been protecting him from being upset at her suffering. Somehow, he felt like he’d failed a test.

No! No tests here.

Maybe, but I didn’t understand, and I feel like I should have.

She laughed. We haven’t had time enough to know how the other one thinks or reacts for that.

I know. But you’re right. I hadn’t considered what hearing you scream would do to me. And you thought of it before I did.

So? It’s not a contest. Quit your complaining and get over here.

But her words were warm and tinged with humor, making him once again aware of how mature she was.

No, I mean it. You understand people like no one else. Except… He thought about it. Your mother, maybe?

Then that’s easy, I learned it from her.

No. I think you learned because of the challenges you’re faced. You might have gotten your big heart from her, but you use it differently. Look at Jewel and how you handled her. Look at Xana and how sorry you were that I’d been forced to kill her. She needed killing, but you were worried about the effect of doing so on me. See, that’s all you. It comes from your heart.

Silence. He was almost close enough to see her face now. Her face was lowered. He wasn’t sure, but it looked like she was hiding it.

Are you okay? He asked in alarm.

She lifted her face and he could see the shy smile and bright pink cheeks.

He’d embarrassed her. I tell you the truth and you get shy and hide away. He shook his head in bemusement. You’re going to have to get used to it. I’m not going to hold back when I see something fantastic. Honestly, you’re something very different for me, and I’m learning a lot about myself through you.

He could feel a hesitation in his mind. He rushed to add, Different in a good way. You’re warmer, more caring than other females I’ve known. You’re almost… and he held the words back.

But she said them herself. Almost human?

To read the rest of Vampire in Defiance download it from Amazon and Barnes and Noble.
Find more from Dale on her website. 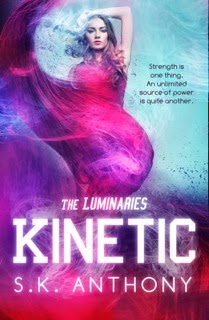