A Measure of Rice 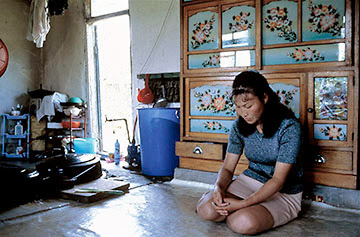 Rice in North Korea was distributed by the government. Despite the official Communist ideology of “equality,” everything, even the daily ration of rice, was regulated by a strict caste system.

During the 1990s, rampant corruption and government mismanagement of the country’s resources resulted in a terrible famine. Rice rations were cut across the nation, but especially for the less “desirable” castes.

The Kwons were one such couple. Every day, while her husband watched carefully, Mrs. Kwon distributed their rice into equal amounts….equal amounts of less and less.
Mrs. Kwon stared at the small amount of food and despaired.
I can survive on less because I am a woman, thought Mrs. Kwon. But my husband cannot. Better that at least one of us survive.
As soon as her husband left the room, Mrs. Kwon took one measure of rice from her bowl and added it to her husband’s bowl. Then she went outside to fetch water.
As soon as she was gone, Mr. Kwon, unaware of what she had done, looked at the small bowls of rice and despaired.
I can survive on less because I am stronger, thought Mr. Kwon. But my wife is so slender to begin with; if she tries to live on this she’ll waste away to nothing. He took one measure of his rice and added it to her bowl.
This became their custom every morning. Neither of them could understand why the amount of rice never seemed less.
But the famine grew worse. Once again, the ration of rice was lowered. When Mrs. Kwon tried to put a measure of her rice into her husband’s bowl, there were only a few grains of rice left in her own.
“Where is your rice?” he asked, when she handed him the bowl.
“Oh,” she said. “I ate it already.”
“That was fast,” he said.
“Rice runs away so fast these days,” she said. “Mine ran out the door before I could eat it!”
He laughed, as she meant him too, but as soon as she went outside to fetch the water, he scooped all his rice back into her bowl.
“What is this!” she cried when she saw it.
“You were right about the rice!” said Mr. Kwon. “It did run right out the door, but it was only doing a lap around the house for exercise. It ran right back in and jumped into your bowl again!”
They looked at each other and each realized then what the other had been doing for so long. They realized that they could not continue like this any longer, so that night they made the decision to escape to China.
It was a long, perilous journey, made all the worse because they had to cross in winter, when the river that divided the two countries was frozen. But eventually they made it, and once in China, they were able to hide in an embassy until a church in the United States sponsored them to come to America. Even after they were safe and prosperous in their new home, however, every Christmas they would each exchange a spoonful of rice, to remind themselves of the love that had endured the worst hunger.

Would you like to read this and other stories on your Kindle? 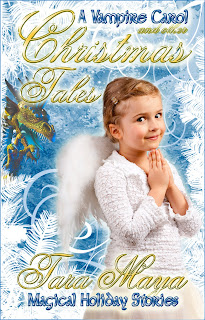