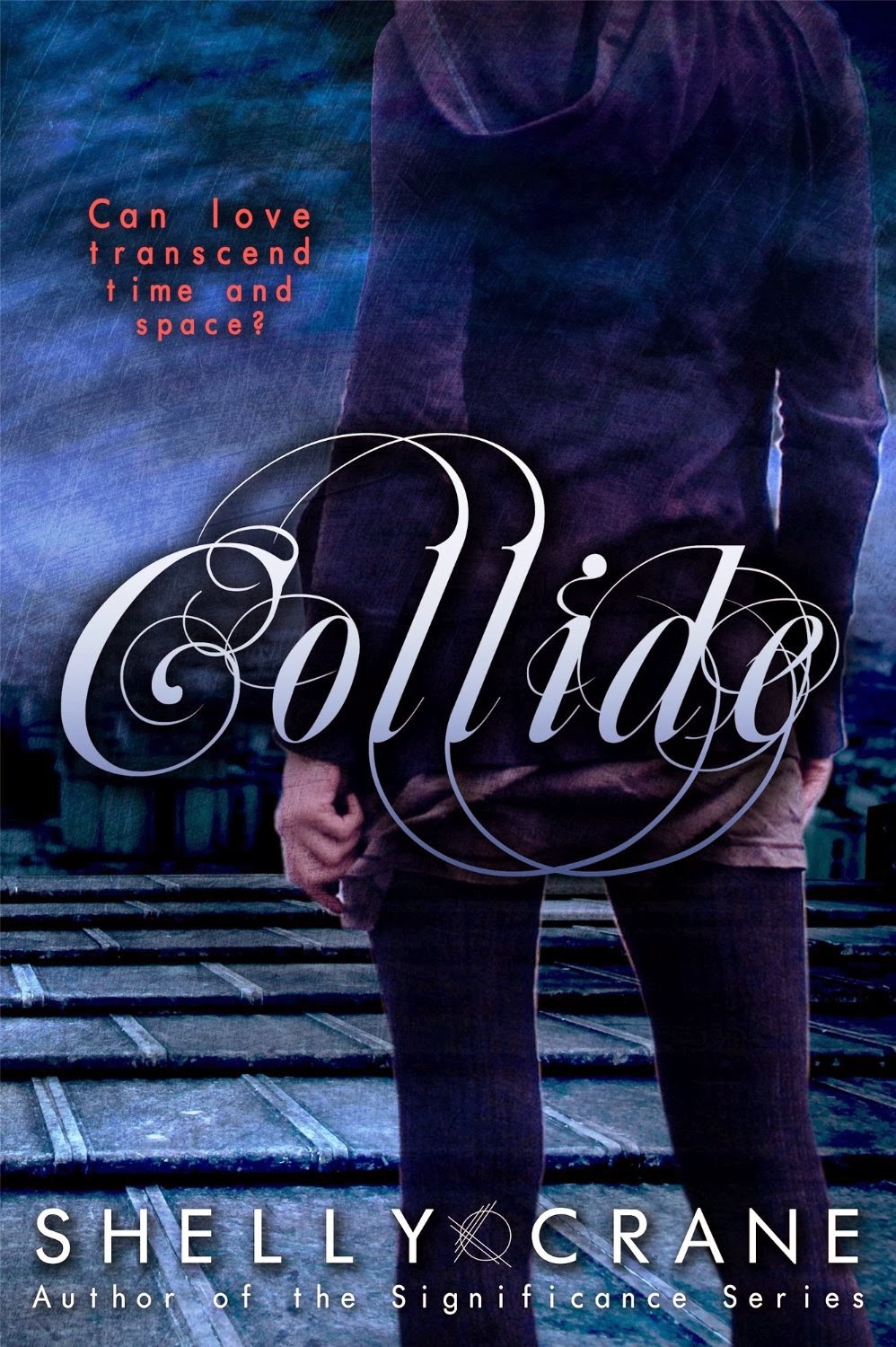 Sherry has always known there was something out there.

She’s eighteen, works for a tabloid newspaper in Chicago, and has a brother, Danny who is a lazy mooch. They live a pretty normal, dull life. Then the moon disappears. People start to go missing only to reappear later…but different. Sherry has an abusive ex-boyfriend who shows up on her doorstep and claims to be one of these beings.

He’s no longer the same person in that body.

He tells her he has come to protect her and her brother and takes her underground, against her will, to save her. There they meet others like them. She begins to unravel the truth about Merrick, about what he’s really doing here, about the way he looks at her, about the crazy new dangerous world they live in. Can he convince her that he’s here to help? Will she like what she finds when she opens up to the truth? Will he be the one to love her when everyone else has failed her?

Will he be able to protect her?

Collide is currently free to download on Amazon, Barnes and Noble, and iTunes.

“I was lying,” he confessed.

“It’s ok, Merrick. I get it. I’m sorry, I just…I just can’t handle it when people are upset with me and I can’t fix it somehow. I’ll stay out of your way, ok.”

As I hopped down from the counter and turned to leave, he grabbed my wrist and my skin immediately began to tingle.

“You’re so blind,” he breathed, shaking his head.

He steadied himself, took a deep breath, and then let me have it, all the while, keeping my wrist in his overly warm, shaky, gentle grasp.

“I did lie. I don’t like you, Sherry. I…I love you.” I heard my breath falter, but he continued. “I can’t touch you because it drives this body insane.” He was barely speaking, breathing the words as he leaned closer to me. “My skin… tingles and I can barely breathe, which you’ve noticed. I can’t explain it. I know you’ll probably hate me now when I tell you this, but I couldn’t help it. Sherry, I watched you, too. The first time I saw you was when you were little, when Danny was born,” he smiled while remembering “you were so protective of him. I enjoyed it, I thought you were my little helper, but over the years, I never stopped watching. I split my attention in half and took my full focus away from my charge, your brother. I felt so protective of you. Somewhere along the way it stopped being just protective. As you got older and I saw the person you were, the kind of woman you were, it became something else. I fell in love with you and kept watching and protecting you even when you were on your own. After I came here, when I saw you in your driveway…” He shook his head, his eyes closed. “I’m so sorry. I know what you must think of me, but all this time as a guardian I’ve never broken the rules, never gotten involved when I shouldn’t. I know it doesn’t matter, I’m not human, but I…just can’t let you sit there and think that I hate you when the opposite is true.”

It was all true, not a lie in the mix, which meant he did love me.

I couldn’t move or speak. Shock overtook me, as did those smoldering green eyes. He reached out and cautiously, gauging to see if I’d flinch, ran his free fingers down the inside of my elbow to my wrist. The goose bumps came and he looked at me for indication, good or bad? I had none to give him.

I was the one confused now. How could this perfect, selfless being love me, especially if he watched me over the years with my worthless life and pointless existence? I was short and awkward in my own skin. My lousy apartment had no real friends to fill it. My stupid job. My weirdo parents who didn’t even love us enough to stay with us. My horrible judgment I pounded into my brother’s head.

How did I always gauge every situation so wrong?

I realized I was panting. He looked worried, but I couldn’t stop. The hot tears spilled over and I wanted to run so he wouldn’t see, but then I guessed he’d seen it before, hadn’t he? He’d seen it all.

The tears overtook me and a low sob broke loose. I pulled my wrist free and ran to my room, too embarrassed to face him after I’d thought so many horrible things about him, but he somehow was there again, already in my room waiting for me. He reached for my arm, butretracted before he touched me.

I’m sorry. I’m so sorry, Sherry. I shouldn’t have said anything. I didn’t want to hurt you, that’s the last thing I ever wanted to do. Please don’t cry because of me.

“I don’t hate you,” I squeaked. It was all I could get to come out.

He thought I was mad because he watched me against my will, without my permission, without his call’s permission. But no, it was because I was embarrassed for being lame and not doing something more with my life. To have something for him to see that was worth something and not just embarrassment.

For some reason, I needed him to comfort me again, even after this, I was surprised that I wanted him to.

I’m sorry. Forgive me, Sherry. Just forget I said anything, all right? I’ll never bring it up again and I’ll stay away from you as much as I can. I promise. I’m so sorry.

He started to leave, maneuvering around me. I reached for his shirt in one swift movement, pulling my face into his chest. He seemed surprised, but not as reluctant as usual, as he let me and even wrapped his warm, strong arms around my shoulders. He continued out loud.

“I never watched when I shouldn’t have. When Matt and you…your showers, among lots of other things, I always tuned out. I know I don’t deserve it, but…please forgive me, Sherry. I never wanted to hurt you.” I felt one of his hands slip to the small of my back and to my utter embarrassment, my heart rate picked up and I felt a little sigh release from my lips.