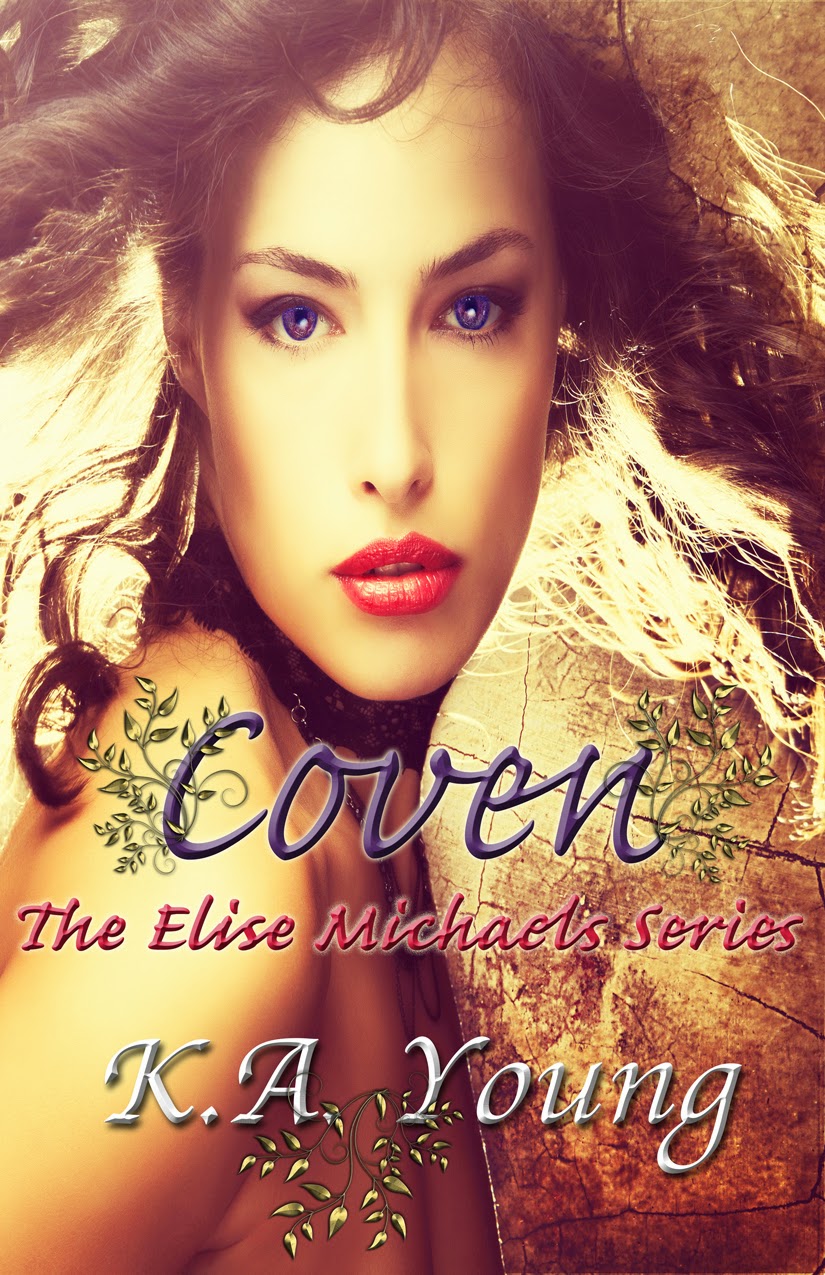 Elise Michaels’ motto has always been: no guts, no glory. She is a thrill seeker, continually craving excitement and adventure. The idea of being tied down to a place or man never interested her, even though a betrothal spell was cast linking her and the Head of Council’s son when they were mere infants.

Being a distant third in succession to assume the Head Mistress role, she felt confidant that her secret would remain in her past along with Coven life. Unfortunately, nothing in our fun loving heroine’s future is anything she or anyone from the supernatural realm is prepared for.

Now, she’s forced to return to the place and the Sorcerer she so desperately sought to forget.

Elise has no idea the power and gifts that await her. Can she let go of her own desires and embrace her new role? Or will she surrender to the faceless evil coming for them all?

Book one in the tantalizing Elise Michaels Series a spin off of The Nephilim Warrior Series.

Coven is available on Amazon, Barnes and Noble, Kobo and iTunes.

“Mistress Marguerite, I see you have resigned yourself to death.” I blinked away the blood that trickled down my face. I couldn’t speak, the spell I cast on myself would hold even if I weakened and attempted to remove it. The secrets of the Coven would remain just that, a secret. I lifted my head stubbornly to face my captor, a rogue vampire with a horde of yetzer hara standing behind him.

“It doesn’t have to be this way, one little book, that all I’m asking for.” He ran the long knife he held down the side of my neck as I watched the blood drip from his fangs that had been buried deep in my daughter’s neck only moments ago. I prayed that the spell I cast on her held tight, if it did, she would feel no pain and continue in the deep sleep her body was in.

The rogue continued speaking as he waved the yetzer hara closer. He was attempting to convince me that if I let him have the Coven’s ancient spell book he would not only spare my life but the life of my daughter Amanda as well. He wouldn’t I knew that to be a fact for I delved into his brain moments before he bound my hands and shoved a gag into my mouth to prevent me from wielding magic. What I found there was only darkness nothing save pure evil dwelled there. I tried to reach out mentally to my niece Elise, but my body and mind were now too weak to do so. I’d lost way too much blood; she is whom they would come for next, for she was next in line to assume the mistress role of our beloved Coven.

“Fine, have it your way but understand this old woman, as I drain the life from your body, your daughter will still be here with me, I will break through that spell of yours and she will give me what I want and then die horribly by the hands of the yetzer hara.” I felt his fangs rip into my neck; I closed my eyes and floated through the darkness and toward the blessed light. My last thought was the spell would hold….