The Unicorn Girl by M.L. LeGette 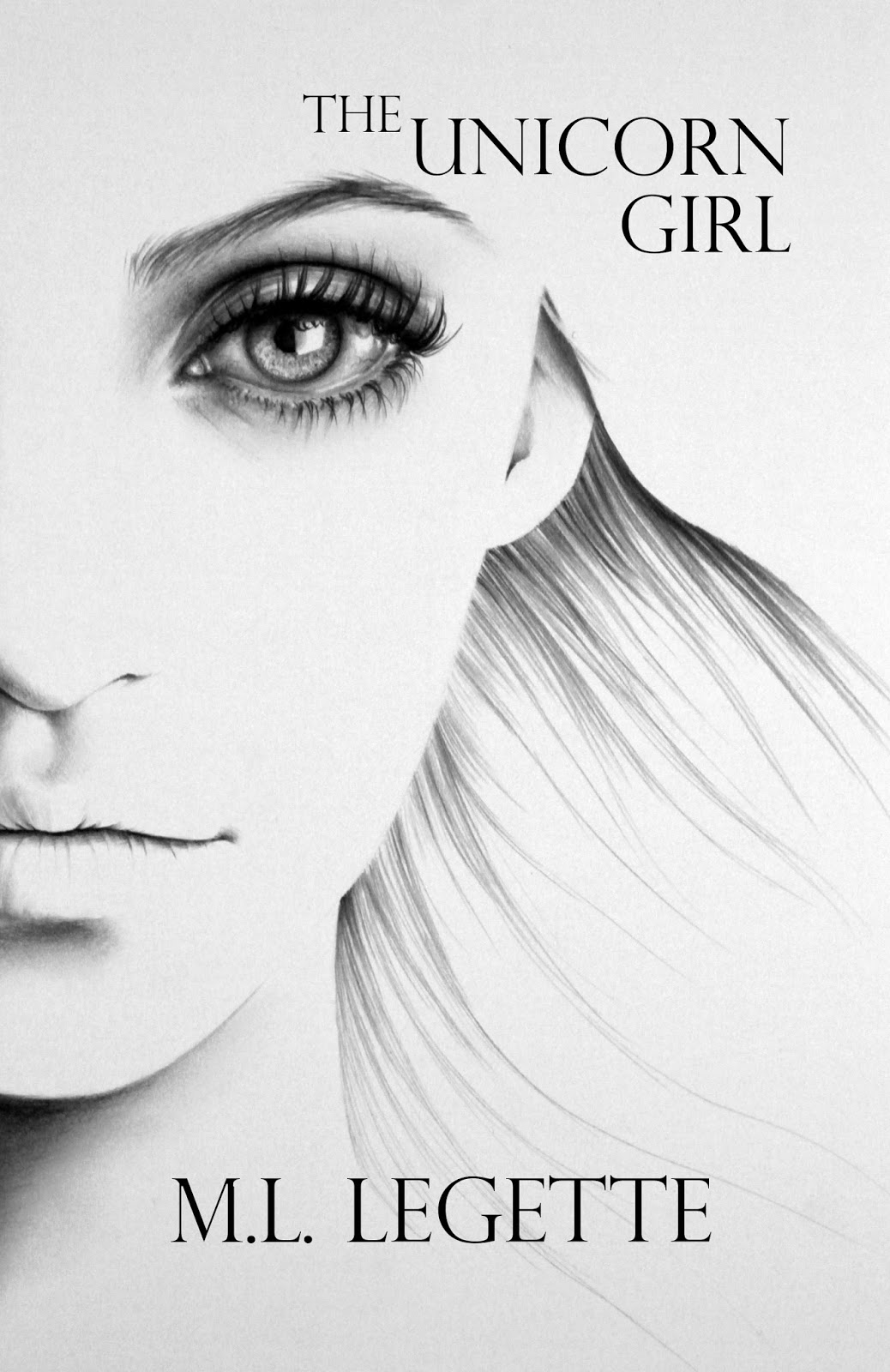 In a land where magic is feared, magic saved her from death … but it came with a terrible price. Marked forever, she is shunned and isolated by those she loves most.

Brimming with bitter rage at those who abandoned her, Leah flees from her childhood home only to be swept into an impending war: Mora, a wicked witch, has been imprisoned for years, waiting like a spider in the folds of her web for the chance to regain the powers once stripped from her. It is there, while she waits, that she learns of a strange young girl … a girl who can speak to unicorns.

Now Leah must save the country that shuns her, for if Mora returns to power, all will be lost. But can Leah, who is so frightened and confused herself, find the strength to save them all?

Buy The Unicorn Girl on Amazon and Barnes and Noble.

Ten minutes later Ian opened the door to his room, on the second floor of a decrepit looking inn, and I sank onto a squeaky bed with a slight shiver.

“So,” Ian persisted. “Why were some bloody knights chasin’ you?”

I stared at my feet in response.

“Oh no,” said Ian, as he shut the door with a snap. “We’re not playin’ that game again.” He walked over to a chair, dragged it in front of me and turned it around backwards. He leaned on it for a minute and said abruptly, “I’ll make tea.”

I sat numbly on the bed and watched him boil water. My mind was horribly blank.

“There,” he pushed a mug of tea into my hands and sat down, wrapping his arms around the back of the chair and staring at me expectantly. “So?”

I glared at him. I could lie, but for some reason, I couldn’t bring myself to do it. I had been running for so long, and suddenly, I couldn’t take another step. Before I had even tried to consider what might happen if I told him the truth, words spilled from my mouth.

He sat in silence, nodding occasionally as I told him everything. Flashes of the ball, Lavena, Father, King Rowan’s plan, the sickness, the recovery, the elves, the monsters with red eyes, and Mora all sped through my brain and out of my mouth. His eyes darkened at the mention of Mora and his mouth tightened, but he didn’t stop my narrative.

“And I just saw Sir William Shanklin tell King Rowan what he learned from Mora and now he’s looking for me. He’ll use me to find them, I’m sure of it—that is if Mora doesn’t get to me first. But I don’t know where the unicorns are and I’m tired of running!”

Ian rose from his chair and walked to a grimy window with his back to me.

“We’ll just have to find them then, won’t we,” he said finally.

He turned to me, his face set.

“Yes, but what’s with all this we business?”

“What? Didn’t you know? I’m coming with you.” Ian grabbed a sack, walked to the door, opened it and headed down the hall as I followed him.

I glared at him.

“My dear Leah, I don’t believe you’ve had the pleasure of meeting my stubborn side,” he said with a smile as he started down the stairs.

“But—but what about your future and all that?” I asked desperately as I hurried to catch up with him.

“My mother gave me one piece of advice as I left our humble home,” Ian said conversationally, “She said, ‘Don’t you follow anything mysterious!’ And you, Leah, are the most mysterious thing I’ve ever met.”“But your mother told you not to!”

We were outside once again and mounting our horses.

“Yes, and you might also need to know that I always do the exact opposite of what my mother wants,” Ian said, and with that he started off at a gallop, with Iris and I following in his wake.