Call of the Herald by Brian Rathbone 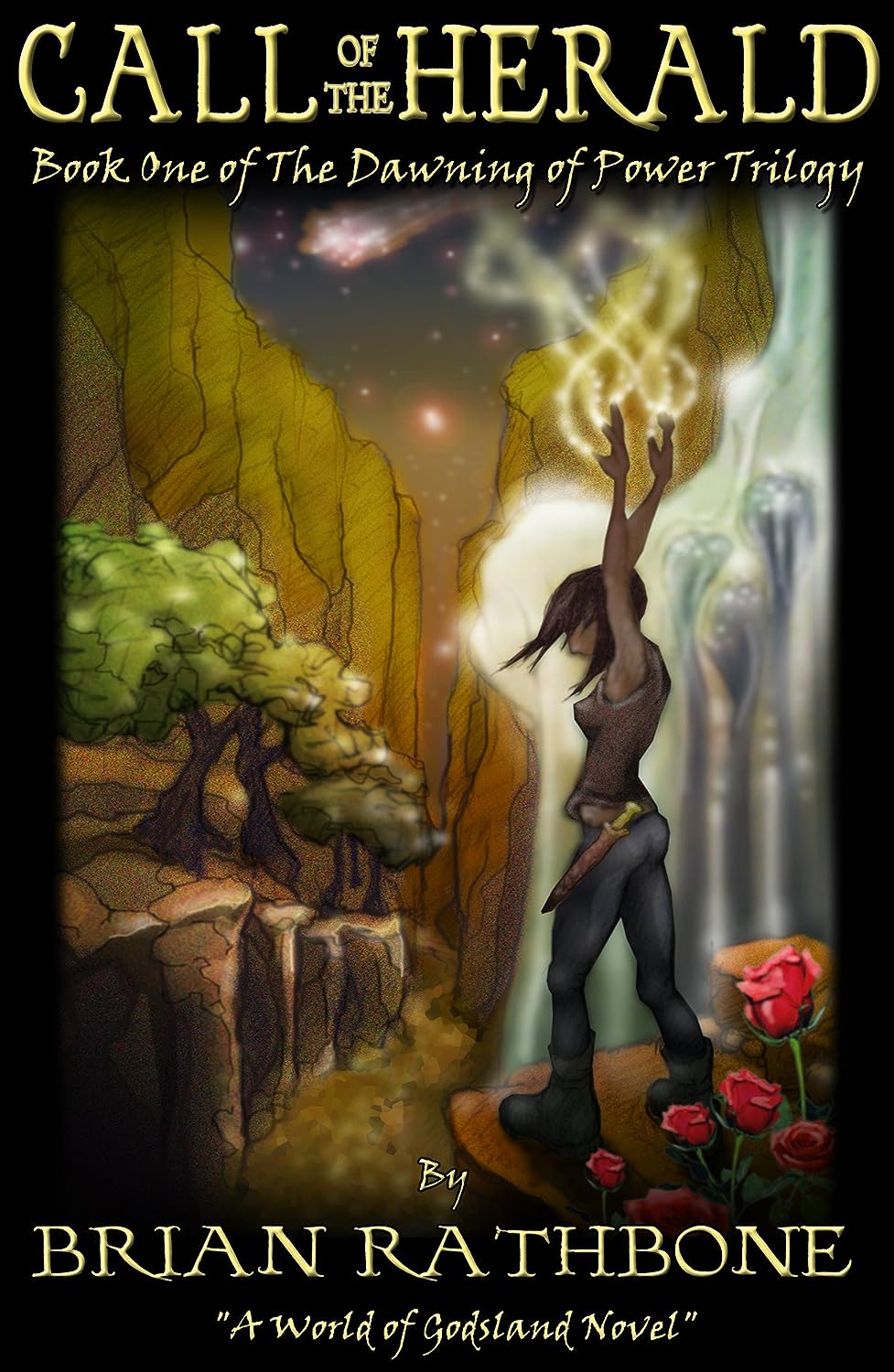 It’s been thousands of years since anyone on Godsland has displayed anything beyond normal human abilities, but that’s about to change. When power returns to Godsland, no one is prepared and the course of the world will be changed. There are legends that tell of the last age of power, but it was so long ago that what remains is scattered and out of context. One thing that remains clear is the prophecy of the destroyer, which says that one will come to destroy entire nations. When Catrin Volker, a teenage horse trainer, accidentally fulfills this prophecy, she must find a way to convince the rest of the world she’s not out to destroy them.

This ebook is permanently free, and the premium audiobook read by Chris Snelgrove is just $1.99!

Sitting on a bale of hay with his knees pulled to his chest, Chase kept to the shadows, not wanting to cause any trouble for Strom, who was busy saddling a pair of horses. So many things had changed in such a short period of time that Chase could hardly believe it. He no longer felt safe in places where he’d once felt quite at home. People he had considered friends no longer met his eyes, yet he could feel the stares that lingered on his back as he walked away.

“Sorry about that,” Strom said once the customers had ridden around the corner.

Chase just handed him the jug of huckles juice they were sharing. “Do you remember when things used to be normal?”

“I remember,” Strom said. “I remember things were sometimes good and sometimes bad, but it always seemed like things would get better. Now . . .”

“I know what you mean,” Chase said. “I really made a mess of things.”

Strom laughed. “You’re still blaming yourself for all of this? You sure do think a great deal of yourself. Are you so powerful that you can control everyone else? I don’t think so. You need to face the fact that you’re just as helpless as the rest of us. Whatever happens just happens, and there’s not a thing you can do about it.”

“Thanks for the uplifting speech,” Chase said. “I feel much better now.”

“Don’t come to me if you want sunshine and roses. That’s not how I see the world. You could go talk to Roset. She still lives in a land of buttercups and faeries; maybe she could make you feel better.”

“She won’t even talk to me,” Chase said, his mood continuing to be dour in the face of Strom’s humor.

“You see? You’re utterly powerless. Therefore you can’t possibly be at fault. Doesn’t that make you feel better?”

“If I said yes, would you stop talking about it?” Chase asked.