Only $0.99! The Complete Souls of the Stones Trilogy by Kelly Walker 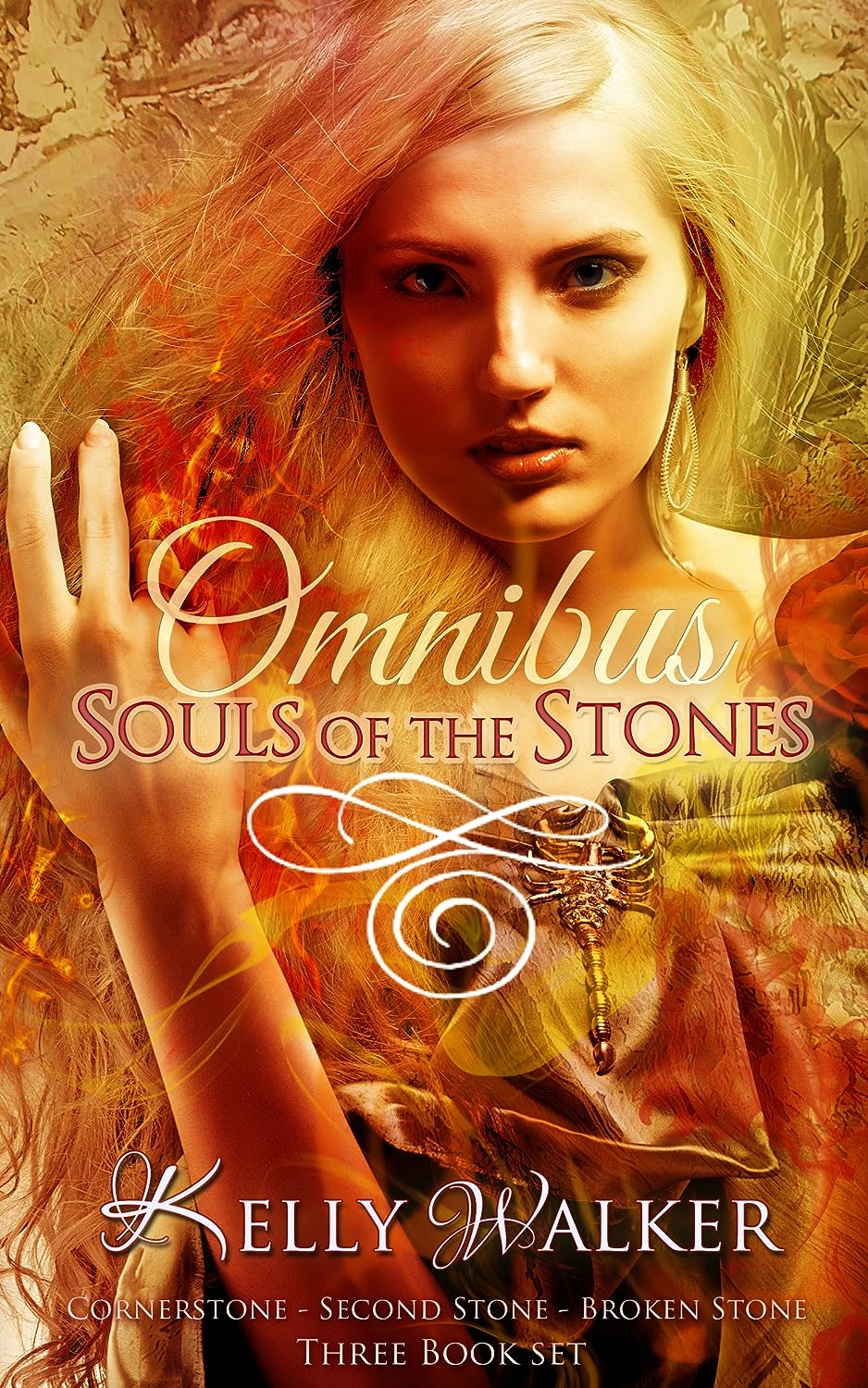 A convenient omnibus edition of the three main works of the Souls of the Stones series.

Souls of the Stones follows Emariya Warren as she navigates the three divided lands of her world, as well as the three families striving for control. The series incorporates traditional fantasy elements such as prophecy and magic with a love story that transcends genre and time. Books 1-3 are included.

Cornerstone – When Emariya Warren learns enemy forces have captured her father, she’ll do anything to save him. Anything. Even marry a mysterious prince she knows nothing about in order to rally the strength to arrange a rescue. During her journey to Torian’s foreign castle, Emariya comes face to face with her mother’s killers–and a deadly secret.

Not only does Emariya possess a powerful but unexpected magical gift. So does the prince she’s promised to marry, and an ominous prophecy has warned their gifts must never be combined.

If she breaks her promise to marry Torian, she won’t be able to save her father and if she keeps it, she may bring a curse upon everything she holds dear. Determining which choice is best won’t be easy, but when she meets the gorgeous prince who may desire more than just her heart, she realizes she will have to fight just to have a choice at all.

Her heart wants him desperately. Her head begs her to run. If she doesn’t want to share her mother’s fate, she’ll have to find a way to untangle the truth from the lies in time to save herself.

Second Stone – In the second installment in Souls of the Stones, the stakes are higher, the romance is hotter, and Emariya’s power as a Cornerstone is growing.

Determined to make sense of the betrayals, lies, and her undeniable attraction to Torian, Emariya and her prince begin the journey to Sheas to confront her uncle and bring her father home.

Broken Stone – Unable to avoid her destiny any longer, Emariya has become the leader her mother always envisioned. Before she can focus on embracing her gifts to unify her three lands, she must first stop her own land from dissolving into civil war.