The Rise of the Red Shadow and a New Blog Series

I’ve been working over the past couple weeks to organize a blog swap with some fellow fantasy and SF authors. This allows my readers to learn more about some books that might be of interest to you, and I’ll get to share The Unfinished Song with other fantasy audiences. Let’s kick things off today with Joseph R. Lallo’s The Rise of the Red Shadow.

First of all–I love this cover! Ever since I was a child and saw Fox and the Hound (did you know there is a sequel?!) and Disney’s cartoon Robin Hood, I’ve had a soft spot for fox heroes. The Rise of the Red Shadow does for this animal character — he is a malthrope — what Once Upon a Time does for fairy tales, re-imagining these tropes with deeper and more complex and more adult storylines. 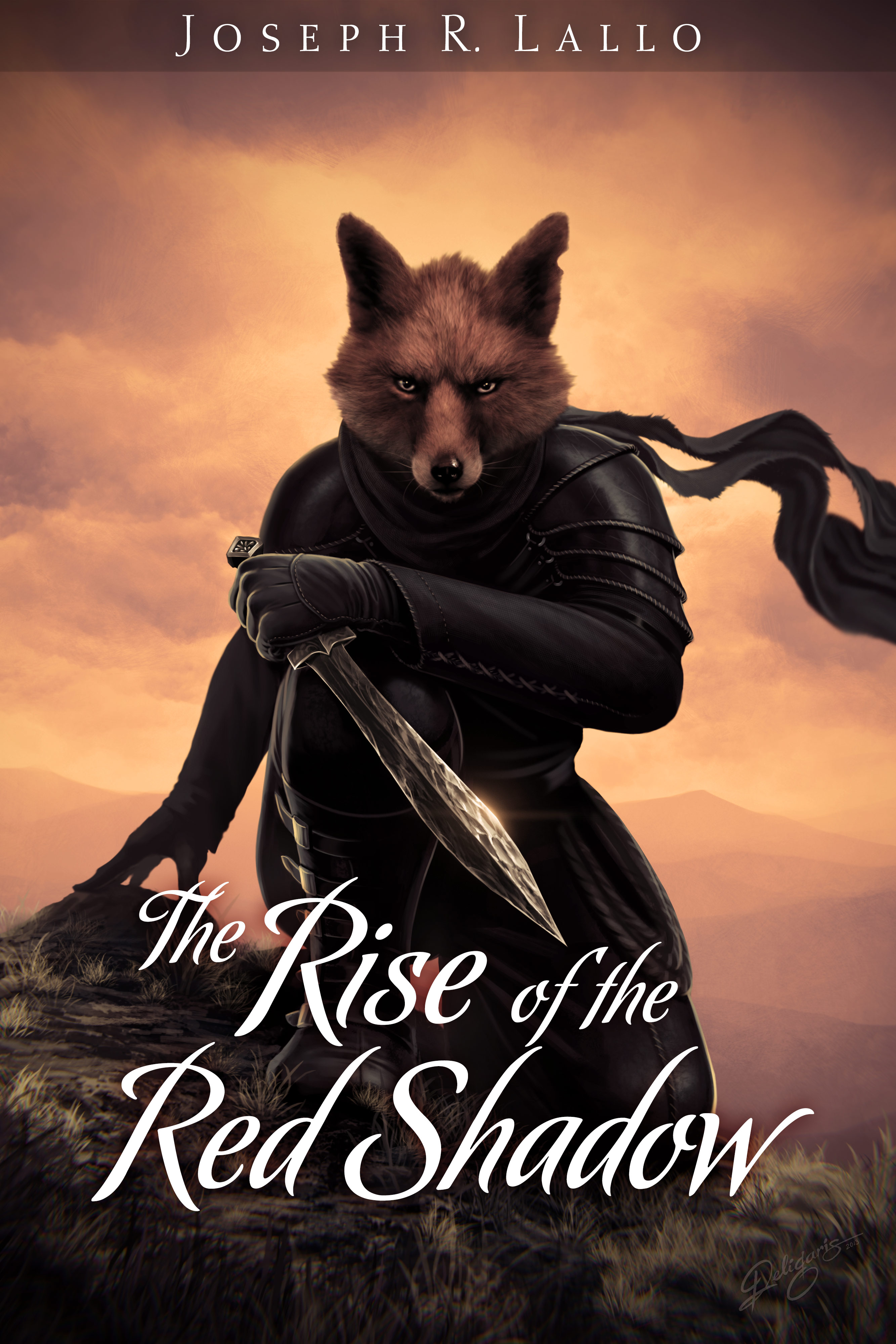 Before he was a legendary assassin and mythic hero, the creature known as Lain was just a simple malthrope, frightened and alone. The Rise of the Red Shadow tells the story of his tragic youth, beginning with his days on a plantation in Tressor and following him through the painful tragedies and thrilling trials that would one day lead him to greatness in the pages of The Book of Deacon.

Available for $2.99 on:
Amazon
Barnes and Noble
Kobo
Smashwords

That first year had been a good one. Jarrad’s gamble with the new land and larger rakka production had paid off, and his plantation flourished as a result. True to his word, he did much to reward his workers. Wooden tools were largely replaced with metal, and gloves and boots thick enough to withstand the vicious rakka thorns were provided to all. Even Ben felt the benefits, as the new tools required him to take on metal working, requiring an anvil and furnace. That meant a new room added to his shack, which, in turn, gave the creature a place to sleep without getting in the way any longer.

Of course, while a blind man can do a great many things by hand and by ear, one cannot hope to shape hot metal without sight. Perhaps predictably, in the early days, it was Gurruk who worked the steel. When he first took on the task, the flaring flame and pounding hammer terrified the little malthrope, sending him scurrying into the workshop for protection from Ben.

“Calm yourself,” the blind man said irritably. He was at work sharpening the teeth of a saw. It was a slow and tedious process, and having a trembling beast clutching at one’s legs wasn’t terribly helpful.

“Why is he doing that? Why doesn’t he stop?” the creature whispered urgently.

“He’s doing that because that is how metal is shaped.”

“Anything. Iron sharpens iron. That goes for men as well as metal.”

“Ask the people heading into the Cave of the Beast.”

Ben sighed and set the task aside for a moment, scolding himself for mentioning the place. It was a fine story, and as such the little beast surely wouldn’t let him finish his job without hearing it from beginning to end.

Gurruk stopped hammering and spat on the ground at the mention of the land to the north. The malthrope ducked a little lower behind Ben’s chair.

“Because we are at war with the Nameless Empire.”

“One story at a time, you little devil. Now, in the land to the north, as far east as you can go, there are mountains. At the foot of these mountains there is a very thick forest. At the very deepest part of the forest, where the trees and the mountains meet, there is a cave. They call it the Cave of the Beast. It is called that because there is a creature that lives inside. None have seen the beast and returned to tell the tale, but sometimes if you listen closely you can hear it roar with a force that makes the very mountain tremble. Those warriors who fancy themselves the best in the world make their way to this cave, with hopes of besting the beast.”

“You said no one has come back.”

“Well, it is said that the man who defeats the beast will be hailed the world over as the greatest warrior who ever lived. There have been rewards offered, but most of those who test themselves against the beast do it for the glory. They say that killing the beast is proof of greatness, that no one but the strongest and most skilled of warriors could strike down the monster.”

“Do you think that?”

Ben sat for a moment. “You can’t fight someone without learning something. Every clash with every foe leaves each a bit stronger and a bit wiser. This creature, if it exists, has faced hundreds and hundreds of the best the world had. And it has bested them all. Imagine what it has learned in that time. And imagine what one might learn by facing it.”

A sudden startling hiss erupted from the other room as Gurruk quenched the horseshoe he had been shaping in a bucket of water. The sound launched the malthrope into a run, scurrying out the door.

“That’s all for today, old man,” he said, setting down the hammer. “The fourth shoe can wait until tomorrow.”

“Very well. Put the hammer back where it belongs,” Ben said.

Gurruk rolled his eyes and slid the hammer into the other room. “You talk to that thing like it is a proper child,” the dwarf remarked.

“Perhaps if I treat it like a proper child, it will grow into a proper adult.”

Gurruk grunted and wandered out the door. A moment later, Ben heard the malthrope scurry back in. As he went back to work on the saw, he heard the hammer slide across the ground and, amid much pattering of feet and huffing in effort, hung on the proper hook.