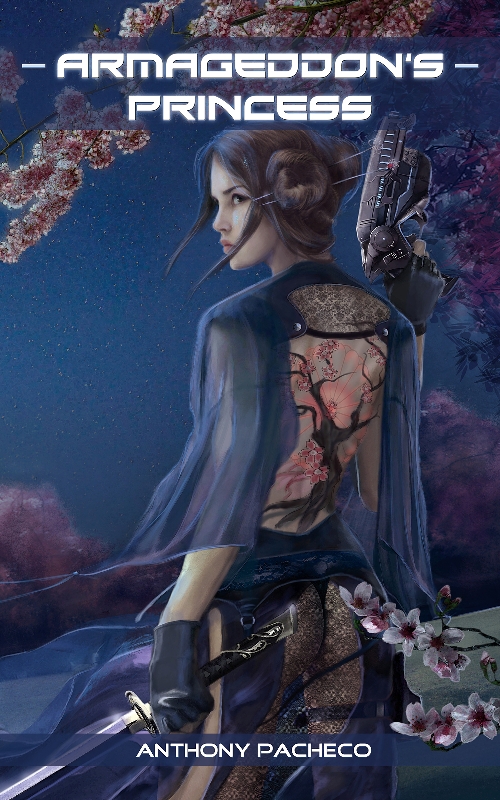 ANGRY PRINCESS IS ANGRY. Investigator Lexus Nancy Toulouse, ex-soldier extreme: finds her Libido Generator is on the fritz, learns her old warship wants to “get back together” (despite the fact she already has four husbands!), loses whatever war-torn sanity she had left in a crime reenactment and becomes the Princess Concubine to the mysterious Empress. Then, while trying on lingerie, someone tried to blow her up and she regenerated all the way back to a teenager. Now there will be lots of blood AND NONE OF IT HERS.

On command, the CSI bots begin their inspection of the bodies. Scott and I search the house while they do their job. We don’t find anything interesting at all. We take the trash, the garbage disposal contents, the air filters. I change out the filters for the replacements right by the HVAC, and turn the house system back on.

This takes another hour. With two of us, it’s taking a shorter amount of time to look for evidence and run the checklists, even while Scott is an amateur. It’s a sobering wake up call to my solitary existence.

Then Bob drops a bomb.

—ICDA has a scene reconstruction. Program available on request.—

I give the house commands, and the windows go opaque, the doors lock, and the lights dim.

“What’s up?” Scott looks curious. At least his color is back. Watching the bots swarm over the bodies is sure to remind him of some war shit he wants to forget. I know it does with me.

“Investigators use ICDA—Investigation Crime Database and Analysis. It’s a big honking supercomputer. We’re talking war shit—the computer used to design the AIs, so when paired with all the crime data known to man, it knows all about human behavior in a disgusting amount of detail. As the bots and I collect data, it goes to Bob, my work comp, and Bob sends it to ICDA. It’s an expensive system to maintain, but worth it.”

“ICDA—as in, Cheyenne Mountain ICDA? I thought that was some old Defense Agency thing.”

“Cheyenne Mountain, yes. And no, that’s also where the ICDA hardware is.”

Scott’s expression darkens again. Or still. I can tell he’s been to Cheyenne Mountain because what little happiness he was holding onto for dear life after seeing the murder scene has dripped from him as if I squeezed it out of his body with my armored fists. I can almost see it pooling at his feet, turning black.

“Between the details of the prior murders, your dream description, and the data from the CSI bots, ICDA thinks it can display a reasonable facsimile of the crime as it occurred.”

“Whoa,” says Scott. I give him a stiff smile. “How is that possible?”

“The CSI bots are finding forensic evidence, and ICDA matches that with M.O.s and details from prior crimes going all the way back to the beginning of recorded history. Even the lack of evidence has meaning, a profile. Data analysis doesn’t get any better.”

Anthony lives and works in the Pacific Northwest where he dreams speculative dreams, smooches the wife, harasses the kids, tosses squeaky toys for the dog and serves as a human scratching post for the cats.

You can buy Armageddon’s Princess on Amazon (paperback and ebook), Barnes and Noble (paperback) or Powell’s Books (paperback).

Wow, having someone blow me up while trying on lingere would make me angry. This looks intriguing.