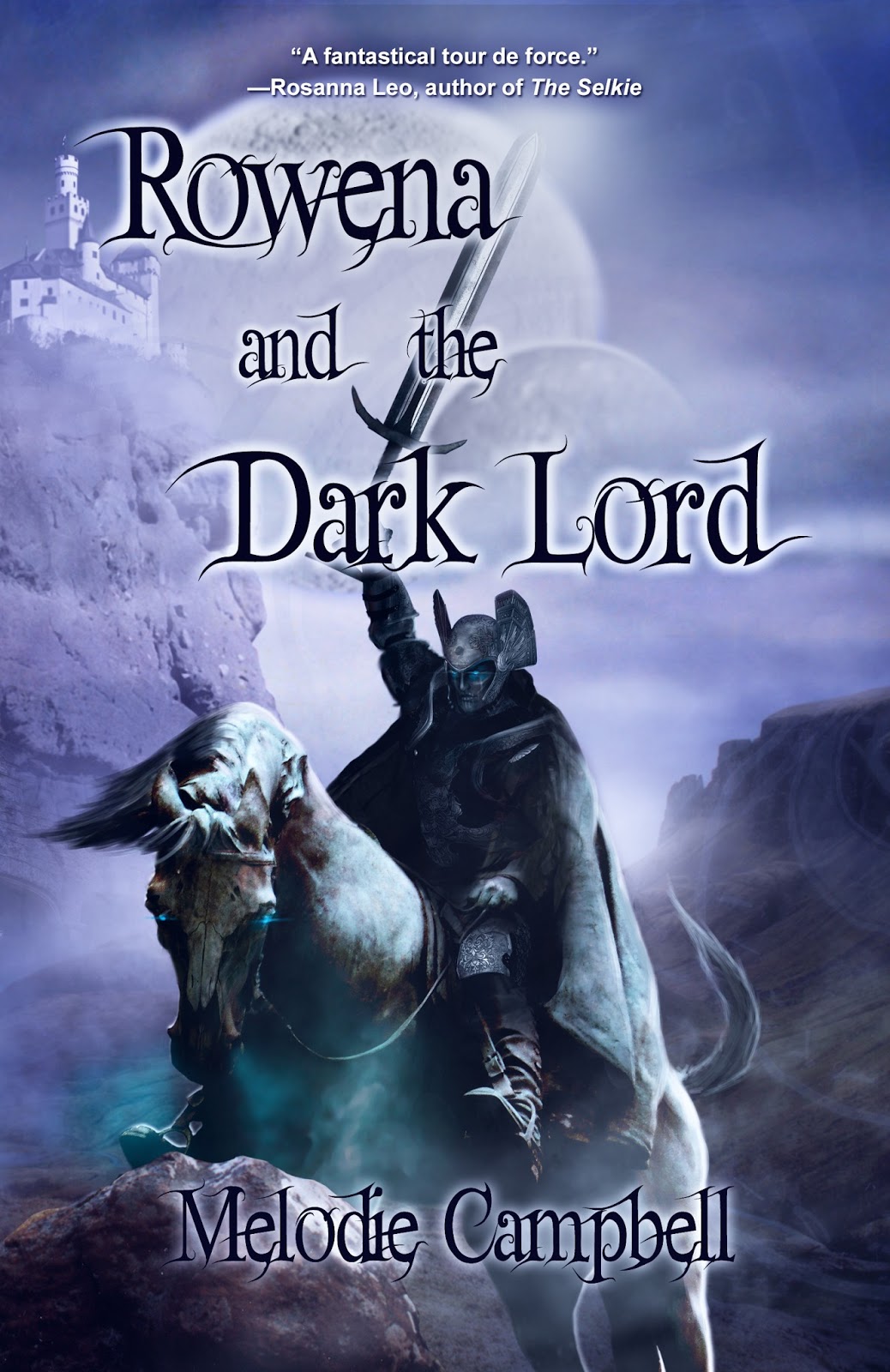 I’m happy to be sharing this excerpt from Melodie Campbell’s latest release, Rowena and the Dark Lord. I think you all will enjoy this funny romantic fantasy series.

Is that a broadsword on your belt, or are you just glad to see me?
“Hot and hilarious!”

“The Princess Bride with Sex”

Excerpt from ROWENA AND THE DARK LORD, book 2 in the Land’s End fantasy series:

I rose to my feet and turned to the east as the spell book instructed.
“What is she doing?”
Lars’s voice. What was he doing here?
I chanted the words from the book in my hand, silently, beneath my breath. Then I chanted them once more, louder and with confidence. My voice became richer, louder, resonating in my ears.
Whoosh. The ground trembled. The air in front of us seemed to swirl, clouding my view of the field ahead. A grey mist rose from the ground, thick with dust or soot, obliterating all vision.
I stood rock still, hardly able to breathe.
The mist swirled. I heard men yelling—coarse shouts over the ring of steel on steel, then an eerie silence. It put chills up my spine. Lars muttered something at my side. Gareth stood stock still. Loki moved up against me. We waited.
Men’s voices again, echoing like souls lost in a fog. The mist lifted in one swift movement to disappear into nothingness. In its place, were at least a hundred men.
Bugger. I messed up.
“Houston, we have a problem,” I said out loud. This wasn’t supposed to happen. I must have pronounced one of the words wrong.
“Who is Houston?” Lars said.
“Romans!” Gareth hissed. He drew his sword.
“Romans?” I stared at the battle-scarred men before us. They looked exhausted. They also looked bloody, dirty and rather short. Not to mention confused.
How the heck could they be Romans?
Someone yelled “Form Square!” in—yup—that was Latin.
“What the hell?” I stared. The men came to life moving with purpose into a square. Within seconds we were facing a shield wall bristling with spears.
Gareth and Lars already had their swords drawn. They tried to move in front of me but I spread my arms to hold them back.
“Sheath your weapons,” I commanded.
They hesitated, eyeing the wall of men and knives.
“For crissake,” I insisted, “what do you expect to do against that, besides get us all killed?”
With reluctance the swords slid back into their scabbards.
The man on the horse wore a breastplate the sort of armor that you only saw in museums back home. Or movies. I was reminded of Cleopatra starring Elizabeth Taylor. Richard Burton playing the part of Marc Antony.
Hoo boy.
The man on horseback stared at me. No stirrups on his saddle. A helmet that was in history books. Definitely Roman. I stared back at him.
Romans? In this time? What the poop had I done?
“It’s a freaking temporal rift!” My laugh was strident. “Where the hell is Spock when you need him?” 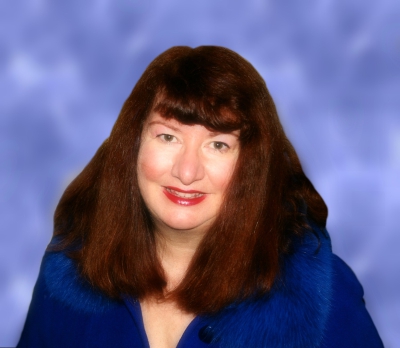 Melodie Campbell achieved a personal best this year when Library Journal compared her to Janet Evanovich. She has over 200 publications, including 100 comedy credits, 40 short stories, and 4 novels. She has won 6 awards for fiction. Find out more about Melodie on her website or blog.

unfortunately both are unavailable to me… Exclusive at Amazon is a no-go for me.

Yes, it is unfortunate that the online stores force authors to chose between price control (the ability to offer freebies) and exclusivity.

Misque Press will be offering STRAT on all sites, so it should be available worldwide.

For all international readers who want a copy of an indie book that is only on Amazon, I’d encourage writing the author directly and asking for a copy.