5 Secrets of the Kickass Heroine 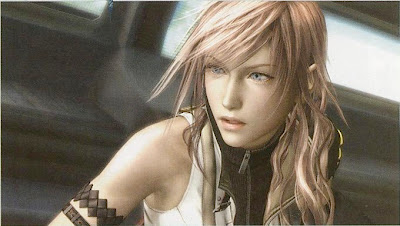 Kickass heroines are all the rage. But it’s tricky to do right. I’ve read some books that do a terrific job… and others that aren’t convincing.

The first time we meet Katsa in Graceling, she is knocking out guards, breaking into a dungeon and rescuing a prince. A quick flashback shows her accidentally killing a child-molester with one blow when she was only eight years old–the first time her Grace showed up. Since we have seen her amazing martial arts skills and innate ability to defend herself in action, her position as Utterly Badass is secure.

However, I’ve read other books where characters keep talking about what a badass the heroine is… without much evidence. They mention that she trains or that she “could beat any guy here” but when we finally see her in action, she’s sick at the sight of blood, or doesn’t want to kill. Huh?

A badass heroine needs to be strong, even ruthless, without being devoid of compassion. This is true for a hero as well as a heroine, but the fact of the matter is that readers are less forgiving of a unforgiving heroine than a hero. People even complained that Katniss was too hard, although her character was perfectly consistent.

To try to make a heroine sympathetic, some writers will try to emphasize how she hates what she’s doing… killing disgusts her, or blood makes her sick. Pushed too far, however, and these kinds of reactions make it hard to believe she would make much of a fighter.
The key is to remember that if she is fighting someone much, much worse…or to defend someone much more innocent… she will come across as strong yet heroic rather than cold and unfeeling.

There are two opponents who will typically throw the Badass Heroine for a loop. One is the Big Bad. Naturally, he / she /it has to be pretty crazy awful or the final battle will be anti-climatic. A Big Badass deserves a Big Bad. But… don’t have them fight all at once. Because the first time, the Big Bad is going to wipe the floor with the heroine, and it has to be clear this is because the Big Bad is THAT POWERFUL not because the heroine is a timid little girl.

The other one who will nix the mojo of any hotblooded heroine is the Hot Guy. He may be her equal of the field of martial arts or he may defeat her by some other equally powerful but totally different kind of talent or he may freeze her with Pure Hotness.

To truly display her awesome, a badass heroine needs to easily dispatch lesser threats before she meets a threat — or a boy — that she can’t immediately overcome. In Paranormalacy, we see Evie bag a creature, and understand this is ordinary business for her. Only after that does she encounter a bigger danger than she can handle…  an invisible boy.

Another issue that always faces a badass heroine (but not a hero) is how much her society approves her martial prowess. Even if she is a contemporary urbanite or a futuristic soldier, she may encounter people who think a woman “shouldn’t”.  If she is from a feudal, quasi-medieval world, or from a sexist, quasi-medeival dystopia, she’s going to have to oppose everything her people believe in to fight for herself. It has to be convincing that she could learn to fight, want to fight and have the opportunity to fight.

It might help if she belongs to a subculture or has a “special” circumstance that works against the majority culture. But if she, alone, out of all the world, has contemporary feminist values, that’s going to be pretty hard to believe.

Traditionally, the strong, silent gunslingling cowboy had a soft, peace-loving but verbally sharp female to stand beside him. Now that the heroine might be the strong, silent gunslinger, it makes sense that she might fall for a peace-loving, verbally sharp guy. Right?
Sure… but this is tricky because of the lack of symmetry when it comes to switching gender roles. As unfair as it is, when you say a girl is boy-like, it’s a compliment, but if you say a boy is girl-like, you insult the boy. And unfortunately, one place this rule still holds sway is in Romance stories. (Even more in stories than in real life.) The ideal Romance hero is still an Alpha male… and if the heroine falls for a guy she has to physically protect, rather than someone who protects her… some people still have a problem with that.
If the hero has feminine strengths, never play it for laughs (even though three thousand years of literary convention will encourage this). Show those strengths as power. As they should be. In the three examples I’ve mentioned, Graceling, Hunger Games and Paranormalacy, the heroes possess many traditionally feminine strengths, such as empathy, and are often in need of protection from the heroine. But they are still an equal and a match to her.